Speaking to an audience of European pension funds in the Irish capital last week, Don van der Steeg, manager for strategy and innovation at PwC, said: “Whatever you do, start exploring now. If you haven’t done it already, you’re a laggard as is.”

Van der Steeg cited PwC research showing that 64% of company CEOs acknowledged that changes in the technology used to run their businesses would be disruptive over the next five years.

Van der Steeg also noted that more than half of companies interviewed by PwC were carrying out research and development (R&D) to test the use of blockchain, while 15% of companies already used blockchain. The technology was mostly used in supply chain management, added Van der Steeg.

The project, which is being developed in tandem with fellow pension giant PGGM, consists of building a data ecosystem based on blockchain, where pension funds and other organisations can create and share data on pension fund beneficiaries. 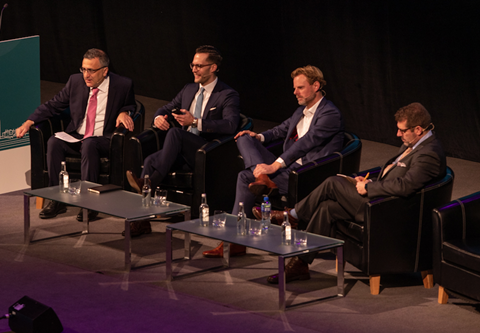 “The first experiments have been successful,” said Broekhoff. “We were able to share data between pension providers, employers and the government. We are now trying to build a platform for the whole pension sector. The data will not be simply copied and stored, it will be shared within the blockchain and the owner of the data will remain the owner.

“That is, we believe, the way to lower costs for the pension system and to create more value for the participants. Blockchain is here to stay.”

However, fellow panellist Christopher Sier, fintech envoy for the UK’s treasury department and chairman of ClearGlass, a fintech company, asked whether similar objectives could be achieved by using a traditional central ‘golden record’ database.

He added: “The cases for blockchain are often quite complicated to iterate. The best thing is experimenting and testing hypotheses, because it helps find out whether or not in fact distributed ledgers are the answer to that problem.”

Sier emphasised that blockchain was only one of many innovative applications of new technology to the pensions and financial services industries.

“Innovation can come from anywhere, and it can do anything,” he said. “It doesn’t necessarily have to use artificial intelligence, distributed ledgers or blockchain. You just have to think what the outcome for the consumer wil be and make it better.”

Sier cited several examples of how new technology was changing the financial industry.

In Estonia, he said, a blockchain-based digital national identity system provided the basis for the creation of a liquid secondary market market for unlisted equity investments.

Latching on to the government’s digital national ID system, a company called Funderbeam built a system providing “full liquidity, price discovery, settlement and share registration for no incremental cost”, said Sier. “It’s the dream of securities markets to be able to clear, settle and re-register for no incremental cost immediately.”

The financial industry could greatly benefit from the use of augmented and virtual reality and other visualisation tools, added Sier. He said: “There are significant benefits to using those kind of tools in helping people understand complex financial products.”

According to PwC, the eight technologies that would change the world – including pensions – over the next five years were artificial intelligence, augmented reality, blockchain, drones, the ‘internet of things’, robotics, virtual reality and 3D printing.