12
IPE Conference: Governments must ‘get real’ on infrastructure investing

IPE Conference: Governments must ‘get real’ on infrastructure investing

There is a large gap between government rhetoric about investing in infrastructure and the reality of the asset class, according to Amin Rajan, CEO of think-tank CREATE-Research.

Speaking in Dublin at IPE’s annual conference this morning, Rajan said governments spoke about big infrastructure projects and public-private partnerships, but were “very quick to [move] the goalposts”.

“They virtually rewrite those contracts because they have to respond to public opinion,” he said.

According to the sixth annual survey of European pension plans carried out by Rajan’s CREATE-Research and Amundi, infrastructure was the second most favoured asset class for investors after global equities: 58% of respondents said it was most suited to meet their pension plan’s goals over the next three years.

The OECD has estimated that annual global infrastructure investment of around $6.3trn (€5.5trn) was needed from 2016 to 2030 to support growth and development, without considering further climate action.

Infrastructure investment was “turning out to be a very good opportunity”, said Rajan.

However, he suggested governments needed to minimise political risk for institutional investors.

According to Rajan, many investors that participated in Amundi and CREATE-Research’s study had said they would accept governments offering guaranteed returns within a band, “because those sort of guarantees would be really worth something”.

There was a huge backlog of infrastructure investing that needed to take place that would only be cleared as a result of private-public partnerships, which governments were beginning to realise, said Rajan.

Meanwhile, if governments wanted to fund their infrastructure spending by issuing green bonds, they would have to offer higher interest rates than they were currently, he added.

“The yield differential between green bonds and traditional sovereign bonds is not that big, but it can be bigger,” he said. “This is going to generate a lot of positive externalities and the governments will really have to increase that rate to attract people to buy those green bonds.”

Governments were likely to take that step, but in Rajan’s view, green bonds would take off “later rather than sooner”.

The asset class that European pension plans would most favour over the coming years was global equities, according to the Amundi-CREATE Research survey – 64% of respondents said it would be the most suitable asset class for them over the next three years.

Acknowledging that this seemed paradoxical given talk about investors switching to risk-off mode, Rajan said global equity seemed to be acquiring a ‘safe haven’ status.

This was partly because many companies covered by that asset class were “cash flow generators,” he said, adding: “They’ve got good brands, they’ve got good pricing power, they also have good dividends and they have large free cash flow.”

Investors were becoming very selective in global equities because it was these cash flow generating attributes they were pursuing, said Rajan.

Many defined benefit pension plans in Europe are or are becoming cash flow negative. 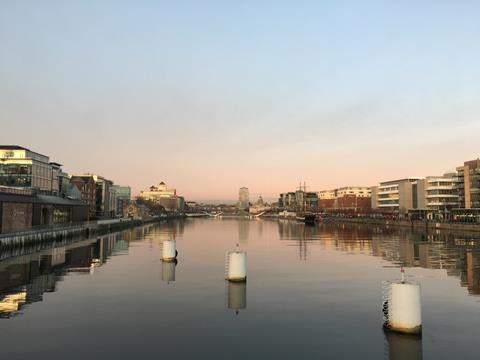