With the Irish economy having recovered after the financial crisis, its government now wants to “set apart Ireland” in the field of green finance.

“We want to establish an expertise and a proven track record in green finance,” the country’s finance minister, Paschal Donohoe, told delegates at the IPE Conference in Dublin yesterday.

He added that Ireland “had been making green finance a priority since 2012” and was “fully supporting” the European Commission’s action plan on sustainable finance.

Ireland was particularly supportive of “the proposals under the action plan to improve transparency of finance companies with regards to their carbon footprint”.

In October, Ireland raised €3bn by issuing a government-backed green bond, making it one of the first governments to issue such debt.

In general Donohoe said it was important to better assess the impact companies and their investments have on the society and environment. 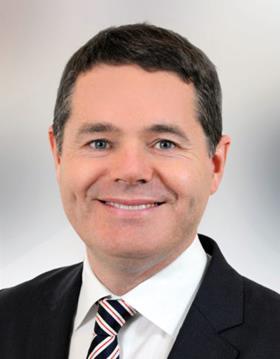 At the end of 2017 “nearly 42,000 people” were employed in the financial services sector in Ireland across 100 companies, according to the finance minister.

The country’s road to a greener and more sustainable Ireland also included investments in renewable energy, support for local businesses and strengthening of the pension system.

“We now have an opportunity to increase quality and quantity of pension savings in Ireland,” Donohoe said. The new “more holistic approach” to pensions will include an auto-enrolment element, as well as new regulations for private sector pension schemes and an overhaul of the state system.