Note: This is an updated and corrected version of the article published yesterday.

Canada and Ireland have taken note of an alternative method for calculating an adequate replacement rate for retirement income developed by researcher Bonnie-Jeanne MacDonald.

Speaking at the IPE Conference in Dublin yesterday, MacDonald – the director of research for financial security at Ryerson University’s Ted Rogers School of Management in Toronto – told delegates about how her Living Standards Replacement Rate (LSRR) had been received by the industry outside academia.

According to MacDonald, the LSSR had been implemented by large pension plans in Canada.

She highlighted the fact that the Society of Actuaries in North America was using the research paper in its examination system. Her work has also been used by Ireland’s government in its work to reform its pension system.

An official in the Irish government told IPE MacDonald’s work had informed its thinking in the area of retirement income adequacy. 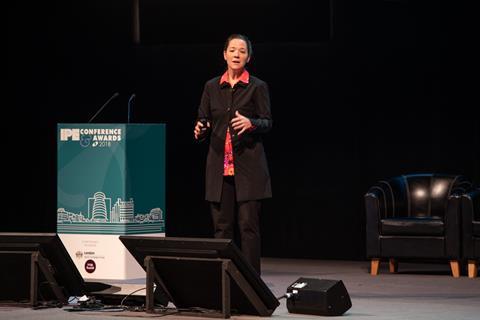 She questioned the conventional ‘rule of thumb’, namely trying to achieve 70% of an employee’s final salary as a replacement rate to ensure the continuation of the standard of living in retirement.

MacDonald’s research has shown that this quota did not always help achieve the goal of adequate retirement income.

Accepting bad advice about how much money was enough in retirement would mean “planning for failure”, warned MacDonald.

She emphasised that it was not enough to look at an individual’s annual income and calculate a retirement income from that.

“We have to look at how much money a household is spending now and how much it will have to spend during retirement,” said MacDonald. This would have to be calculated over a number of years, she added.

In depth: Retirement income – how much is enough?

“If the LSRR can create the necessary paradigm-shift within the pension industry and study of retirement income adequacy, the benefit to the public is incalculable.”

She was convinced that this approach would also mean people would start to think about their retirement income at a much earlier age.

“This way individuals can have a much clearer conversation with their advisers, and talk about planning actual spending will help them make better financial choices,” MacDonald explained.

She added that “even people who know the replacement rate is wrong are still using it because they say that it is a good starting point”.

“We would be better off using our best judgement,” she stressed.

Her approach was questioned by a member of the audience, who said previous research and benchmarking efforts should not be thrown out completely as they have served a purpose.

The audience member told MacDonald it was “disingenuous to dismiss research on living standards”.

She replied that her new approach was built on previous work done by researchers, but was also “moving away from the paradigm” of conventional thinking. Earnings-related benchmarks were not equivalent to living standards, she added.

One pension fund representative warned that talking about current spending with customers would “divert the focus from long-term savings”.

MacDonald responded that helping younger workers to understand their spending patterns was key to engaging them with finance matters, including debt management and savings.

MacDonald argued that her approach offered a “liberating message” to consumers: They no longer had to stick to the 70% ‘rule’ any more, which was too opaque to be understood.

Editor’s note: A previous version of this article mis-stated Bonnie-Jeanne MacDonald’s job title – this has been corrected. An incorrect reference to the Irish Society of Actuaries has also been removed. Additional edits have been made for clarity.