“Investors should rejoice at the prospect of greater access to Chinese fixed income,” declared Jan Dehn, global head of research at Ashmore in a note to investors last year.

However, there are still a number of obstacles to gaining easy access to the country’s bond markets, as the IMF lays out in a recently released analysis.

Interest from foreign investors in onshore bond holdings is certainly increasing, reaching a new record high of RMB1.7trn (€230bn) in 2018, more than double the year-end 2016 level, according to the IMF.

But foreign ownership of China’s onshore bond market still remains low at just 2.1% as of September 2018. The IMF also points out that foreign ownership of onshore government bonds, at 7.4%, is also materially lower than for other special drawing rights currencies (namely the yen, dollar, euro and sterling).

Despite China now being a main contributor to global trade and product integration, financial sector integration has been limited and China’s financial system, despite its size, also remains largely bank-based. The IMF says this is likely to change, and the bond markets will play a critical role. For foreign investors, it is a market that cannot be ignored despite the current challenges of access. 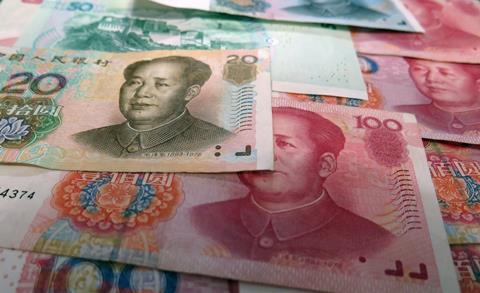 Accessibility to China’s currency and bond markets is good, but faces significant challenges

Foreign accessibility is reasonably good for China’s onshore bond, foreign exchange, and derivatives markets, but after resolution of delivery versus payment settlement and block trades, the IMF identifies five other practical issues.

Insufficient treasury bond liquidity: Like any government bond market, a sufficiently liquid secondary market is a key prerequisite for the government bond yield curve to become a representative benchmark for economic conditions and activity. On-the-run China government bonds and policy financial bonds are already fairly liquid, but the IMF reports that gaps between on- and off-the-run bonds are wide, and the turnover of China onshore bonds remains low relative to global and some Asian peers.

“The lack of sufficient liquidity in the China government bond market is the second-biggest hurdle for China bonds to be included in global bond indices,” the fund states.

Lack of harmonisation: Four programmes have been set up to enable foreign investors to access China onshore bonds – QFII, RQFII, CIBM, and Bond Connect. Each has different rules and accessible securities, and as none of the programmes are developments of previous schemes, foreign investors are faced with a separate setup to access each new programme.

This not only creates confusion, it also puts early movers at a disadvantage, as new programmes are more flexible than the old ones, with no mechanism in place to transfer from one to another. Not surprisingly, the IMF finds that many investors prefer to delay investing until they feel that no more new programmes will be introduced in the foreseeable future.

Finally, there is also the problem that non-financial corporations cannot access the bond markets under the current access programmes.

These hurdles are clearly strong impediments to the growth of foreign access to China’s bond markets. Perhaps the most frustrating aspect of them is that they are practical, rather than regulatory, issues.

The IMF is right to declare that “resolving these issues in a timely manner, while avoiding introducing new uncertainty and practical hurdles as capital markets are opened further, is crucial to securing international investors’ commitment to China’s capital markets”.

For investors, the prize is that, according to Dehn, “Chinese bonds are superior to US government bonds as a ‘safe haven’ destination for emerging market investors during major episodes of risk aversion”.

By accessing Chinese bonds during bouts of volatility, emerging market debt investors will no longer need to pull money out of the asset class when they get scared, argues Dehn. That may be another reason for increasing weightings to emerging market debt, and taking advantage of the retreating tsunami of quantitative easing-induced misvaluations.

‘Too big to ignore’: The rise of China’s $12trn bond market
Global index providers are expected to open up to the $12trn (€10.4trn) domestic bond market in the next two years, according to QIC Investment Management.