Talking to a young Italian desk manager at a tourist hotel by the famous West Lake in Hangzhou in China in April provided a fascinating contrast between the fading glories of old Europe and the rising star of China.

He had left a country with 45% unemployment amongst his contemporaries, he said, with an economy dominated by Mafiosi at the highest levels of provincial and state governments (so he claimed).

The net result was endemic corruption and an exorbitant tax on middle-class employees who were unable to generate income in the black economy, he explained. He had had to depend on his mother’s income to supplement his own even while he was working as a young adult.

Italy has no plans for the future, he moaned, but instead harks back to a glorious but ancient past.

By contrast, the desk manager said China had a long-term plan for development, seen through its focus on infrastructure, on education and on key areas of innovation including artificial intelligence and other technologies. 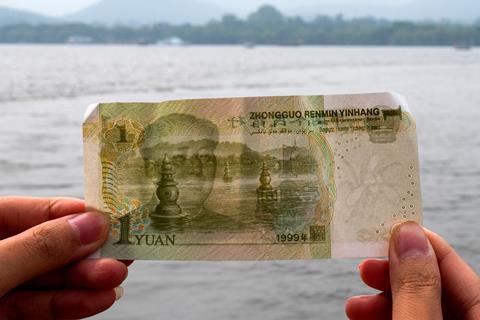 His views are clearly controversial, and perhaps extreme when it comes to the current situation and future prospects for Italy. Yet it is hard not to feel sympathy for his plight.

Exploring West Lake also provided another perspective. Taking a tour by taxi on a Sunday – when Shanghainese come to the region for a break – was an exercise in frustration with an average speed in the taxi of perhaps a couple of kilometres an hour.

Hangzhou is an ancient city with many areas of great beauty, particularly around West Lake. But today it is a fast-growing city of 9m people, and fast developing as a technology hub with the headquarters of Alibaba based in the city.

As a result, the sheer numbers of visitors, particularly on weekends, is way beyond the numbers wandering around the forum in Rome – making a stroll around the lake akin to navigating London’s Oxford Street.

Increased tourism in China is just one sign of its rising income. But as the Italian desk manager expounded, China has had to make choices between high growth and pollution.

In the past it chose high growth, and that has come at a cost. China now has to grapple with solving environmental pollution issues such as air quality and river pollution.

Europe also faced such issues in the past and has resolved many through government clampdowns, such as on coal-fired power stations. Where Europe and China have interacted more controversially recently has been over supposed recycling of Europe’s waste products in China.

Concerns have been raised by the World Trade Organisation about China’s ban on imports of “foreign garbage”, and there have even been requests to halt implementation of the ban.

As Zhang Ming, China’s head of mission to the EU explained in April, China started importing solid wastes in the 1980s and annual volume surged from 4.5m tons to 45m tons over the past 20 years. However, a large amount of prohibited wastes – or “foreign garbage” – was mixed up in the imports, harming China’s environment and threatening public health.

Erik Solheim, head of the United Nations Environmental Programme, approved the ban, declaring: “We should see the Chinese decision as a great service to the Chinese people and a wake-up call to the rest of the world.” 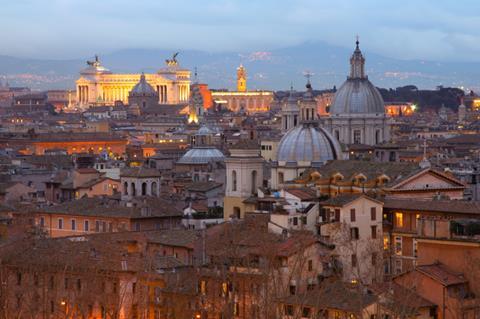 What lessons can cities like Rome learn from growing areas in China?

Parts of Italy such as Rome, by contrast, have suffered from a build-up of garbage as the government grappled with replacing mob-related companies with legitimate ones.

Dealing with wastes is an issue for both developed and developing countries, but the long-term solution cannot consist of the developed nations exporting their wastes to the developing – nor, indeed, allowing their industries to be subverted by corruption.

As per-capita income in China increases, the lure of holidays to the great sites of Italy increases. At least relative to Hangzhou’s West Lake, many (with the exception of Venice) are still uncrowded.

Europe aspires to a future greater than being a tourist theme park for wealthy Asian tourists. For that, perhaps countries like Italy need to take some lessons from what the Italian desk manager is seeing in China.