Hitachi seems likely to abandon plans to build a nuclear power station in Wales due to a lack of firm investor commitments. This follows the abandonment by Toshiba of a nuclear project in Cumbria last year.

The loss of several nuclear power plants not only leaves a gaping hole in the UK’s energy strategy and its ability to keep the lights on in the years ahead, but also is another major setback for an energy source that should provide the key to realistically tackling carbon dioxide-induced global warming.

There is a great deal of talk about replacing fossil fuel-based energy sources with alternative energy in the form of water, wind and solar power. Such energy sources clearly have their place and as their prices reduce and can be set free from government subsidies, their importance rises.

But to assume that they alone can replace fossil fuels in a modern economy seems fantasy. Wade Allison, emeritus professor of physics at Oxford University, pointed out in a newsletter in July that one kilogramme of water behind a dam that is 100 metres high can provide just 1/3,600 kilowatt hours (kWh) of energy. One kilogramme of coal, on the other hand, provides about 7 kWh of energy – 20,000 times more.

As a result, hydroelectric schemes have to be enormous to generate the same amount of energy as a coal-fired equivalent. The environmental and human costs of such schemes are themselves controversial. China’s Three Gorges reservoir on the Yangtze River, which stretches for 600km and is the largest such project in the world, required relocating 1.3m people and inundating 13 cities, 140 towns, and 1,350 villages. 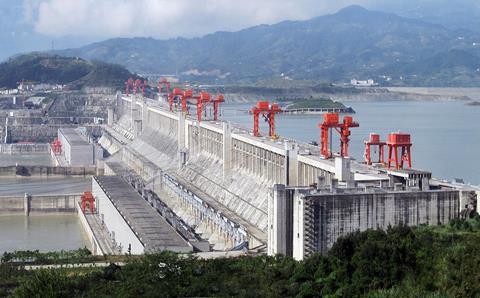 Wind power also suffers from a low energy density, which creates enormous problems of environmental pollution. At their peak, wind turbines can produce as little as nine megawatts per square kilometre. As Allison points out, to match a one-gigawatt coal-fired plant requires several hundred turbines. The same goes for solar energy, which requires covering vast areas of hillside and meadow.

The remaining alternative energy source is biofuels such as ethanol and biodiesel. These, however, require prime agricultural land to be turned over for energy production rather than food.

Energy for a developed economy not only has to be able to be supplied at peak periods, it also needs to be supplied reliably. Wind and solar cannot provide continuous energy so energy would need to be produced in excess of peak demand and stored efficiently.

Battery producers such as Elon Musk’s Tesla are trying to create more efficient and cheaper battery technology, but to store amounts required to satisfy substantial fractions of whole economies cost effectively requires improvements in battery technology that may just prove to be impossible by the laws of chemistry, according to Allison.

Nuclear power, of course, suffers from a bad press – even though it may be the only way forward to solve an existential crisis of global warming. The reasons for this are historical though, not scientific.

The economics of nuclear power have been distorted by safety standards that have been set at levels far in excess of any requirements based on scientific and medical arguments – see this 2005 paper from a team at France’s Academy of Medicine.

Safety levels are set by assuming that radiation damage to biological cells is linearly proportional to exposure even at levels of exposure barely above natural radioactivity levels. This ‘linear no threshold’ (LNT) model lies at the heart of the excess safety requirements seen in nuclear energy.

However, the LNT model has recently been questioned in relation to the tendency to reduce medical radiation imaging to reduce supposed radiation damage. As a 2018 academic paper argues: “The consequences of misdiagnoses due to imaging avoidance are potentially more immediate and harmful than any future LNT-predicted cancers avoided by stringent dose-reduction strategies.”

Will nuclear power come back into vogue for investors? It certainly needs to be treated more enthusiastically if there is to be any credible hope of replacing the burning of fossil fuels to tackle global warming.

One step that should be taken is a re-evaluation of safety requirements from first principles, based on actual scientific evidence rather than relying on dodgy extrapolations based on experiments done half a century ago.

However, the more critical step for nuclear power to be seen as a solution rather than a problem is a wider dissemination of facts, rather than a recounting of historical nightmares. The world may need more advocates like Wade Allison for that to happen.