How important is privacy? The issue of whether the UK should introduce national identity cards has been a political hot potato for years.

John Major’s Conservative administration (1990-97) tried to introduce them in the mid-1990s, only to be shot down by Tony Blair’s Labour party – which promptly introduced a similar proposal for so-called “entitlement cards” when it was in power, in the wake of the 11 September 2001 terrorist attacks in New York.

Large segments of the populations of emerging economies may have no official means of identification, making distribution of state services and financial aid both difficult and easily subject to fraud.

These issues led India to develop a technological solution – India is fortunate in having a vibrant and world-class IT industry. In 2009, the Manmohan Singh-led government set up the Unique Identification Authority of India (UIDAI) to develop and deliver the technology capable of supporting a national ID card service.

While Indian bureaucracy is notorious for its ability to stifle new initiatives, in this case the government obtained the services of Nandan Nilekani as chairman of UIDAI. Nilekani was a co-founder in 1981 of Infosys Technologies, now a world-class IT company.

UIDAI was tasked with guaranteeing that every resident of the country had a unique 12-digit “Aadhaar” number. There is only one number for each citizen, and every person can use it to validate his or her identity. The scheme has grown to become the world’s largest biometric ID programme.

The way India managed to do this – and the controversies that surround its current usage – has lessons for other governments in both developed and emerging economies. 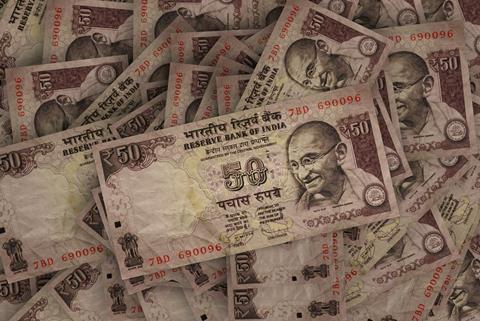 When Aadhaar was conceptualised, the objective was for the system to identify beneficiaries of social welfare schemes. Its usage, combined with bank accounts accessed by smart phones in even the most remote villages, promised to revolutionise access to social services and assistance for the poorest segments of society. That objective is both laudable and achievable.

A side effect of the success of Aadhaar has been that all purchases can be tracked. That makes evading taxation much more difficult. One fund manager recently pointed out that 2.5m new cars are bought every year in India, but the number of people declaring an annual income of more than INR1m (€13,000) is only 2.4m.

The use of Aadhar has extended well beyond identifying beneficiaries of social welfare schemes.

The growth has been demand-led as private firms, as well as government agencies, have used Aadhaar as a more accurate route to identifying individuals than other options. Individuals are no longer able to buy a new car or make any transaction over INR50,000 without providing their Aadhar number, meaning it has become easier to determine if appropriate tax has been paid.

Ensuring greater tax compliance is a clear benefit of Aadhar, but the ubiquitous use of personal identity numbers raises dangers for liberal societies.

Anirudh Burman, legal consultant and research assistant at India’s National Institute of Public Finance and Policy, argues that it is a grave error to presume that the state will act benignly to uphold liberal values of privacy and autonomy.

For example, if land records are to be made publicly accessible for increased efficiency in land markets, what is a reasonable expectation of privacy in such a context? 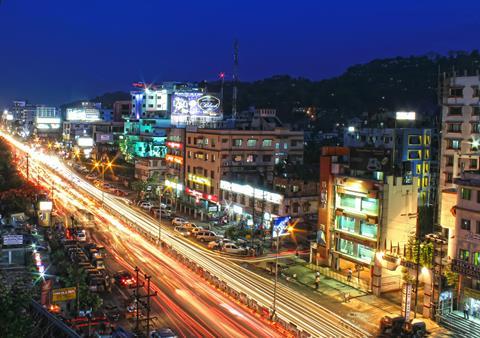 The city of Guwahati in Assam, India

Burman also points out that a liberal state cannot be built in isolation from the larger state apparatus. India, he says, habitually violates the rule of law so cannot be trusted implicitly to uphold liberal values just because the law empowering it is for a seemingly benign purpose.

“A state that routinely treats dissenters as traitors, evicts helpless land owners, and uses torture as an investigative tool, cannot reasonably be expected to act liberally in the interest of liberal values, especially if it is given draconian powers with vague objectives,” Burman states.

He adds that “it is reasonable to presume that the data protection law will suffer from the same illiberalism that we see in the Indian state”.

Finding an appropriate response to criticisms such as these has been the challenge for India’s Supreme Court. Last month, it ruled that Aadhaar is constitutional and does not violate the right to privacy.

However, the five-judge bench did strike out one section of the Aadhaar Act, which allowed corporate entities and even individuals to demand an Aadhaar card in exchange for goods or services. No school, office, or company can now force anyone to reveal the unique 12-digit number, nor is it mandatory for opening bank accounts or for mobile connections. It must still be quoted to file income tax returns and to apply for a personal bank account.

The challenge for any liberal democracy is to ensure fairness and justice. Finding a balance between privacy and ensuring a just distribution of state resources amongst all sectors of society is difficult. As journalist Tony Joseph recently declared:

A surveillance system of the kind no real democracy has, designed and peddled by fintech profit-seekers and imposed through a fraud on the Constitution by an authoritarian government, has just been curtailed. But it has enough life left to become the Monster it was meant to be.

Strong sentiments, but does he just represent the middle classes and upper elite of Indian society for whom gaining access to social welfare payments is not an issue?

The controversies surrounding the use of Aadhaar have not ended, but the fact that there is debate – and change as a result – is a testament to the liberal democratic underpinnings of Indian society. That bodes well for India’s future.