The jury is still out, but trying to prove or disprove the hypothesis may be a pointless task. The answers will vary depending on the time period chosen, while the unknown error margins in any analysis as a result of varying ESG screening methodologies are too large for any conclusive statements to be made in any case.

Kate Allen, capital markets correspondent at the Financial Times, made that point emphatically in an article on 6 December, quoting a recent report from Asian investment bank CLSA and the Asian Corporate Governance Association. This report noted the lack of consistency between different ESG scoring methods.

The most pronounced example was Tesla, which FTSE rated last whilst MSCI rated first in the ESG listings. “Just because you can measure this stuff doesn’t mean that you necessarily should,” declared Allen. Perhaps there should be a greater appreciation of the error margins in such measurements .

Focusing on precise measurements may be missing the point. Behaving ethically and responsibly should not be a choice for companies or for investors. But attempting to collate data for how well companies adhere to ESG criteria produces figures that are as much artefacts of the measurement algorithms as they are any underlying scale of ‘goodness’.

Seeking absolute proof when it comes to the benefits of concepts such as ESG may be misguided in any case. Economics is not a science, but a methodology and framework for analysis. It is ultimately dependent on explaining human behaviour rather than absolute facts. 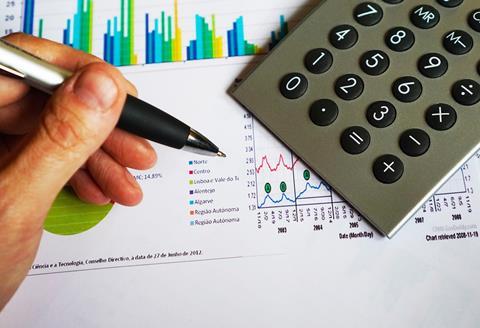 Seeking mathematical proof of ESG concepts may be misguided

Mathematical simplifications of real behaviour can be useful, but the dangers exist when they are taken too far and purport to emulate science in their immutability. The laws of physics are absolute through time and space, even if physicists seek further refinements to their precision and struggle to reconcile general relativity with quantum theory – the physics of the very large and the physics of the very small.

Physics envy has created a misunderstanding of what can be achieved in economics. Economies may be modelled by ideas such as Adam Smith’s famous invisible hand of self-interest, but human beings are driven also by ideas of altruism, and by timescales that may often be way beyond the horizons of any individual life. Enjoying the beauty of a forest is something that we would like to believe our descendants would also be able to do. But any positive discount rate will attribute little value to such benefits that may occur 100, 200 or even 1,000 years into the future.

Even ideas that form the basis of classical economics – such as the idea of a risk-free interest rate – were overturned by the global financial crisis when risk-free rates turned negative. 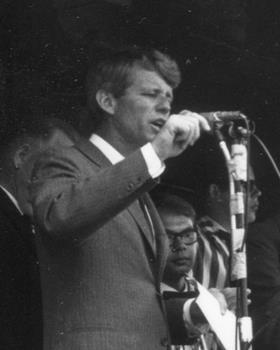 Robert F Kennedy on the presidential campaign trail in 1968

Economic growth rates lie at the heart of government policy. Yet “GDP measures everything, in short, except that which makes life worthwhile”, declared Robert F Kennedy in a famous speech given at the University of Kansas in 1968.

“It can tell us everything about America except why we are proud we are Americans,” he added. “If this is true here at home, so it is true elsewhere in world.”

The phrase ‘you can only manage what you can measure’ may carry a lot of wisdom but it also has inherent dangers.

“The financial system equates human values with financial value, and measures value as the market price. This is proving catastrophic for the economy, society and the planet”

Goodhart’s Law – named after economist Charles Goodhart – states that “when a measure becomes a target, it ceases to be a good measure”. The law is implicit in the economic idea of rational expectations: entities that are aware of a system of rewards and punishments will game the system to achieve their objectives. Perhaps applying ESG scores to companies may come into that category if companies end up gaming the system to generate higher ESG scores.

Mathematical approaches to economics have dominated economic thinking and formed the basis of economics applied to investments. The finance system allocates our capital – can it be used to solve this measurement problem? Or is it the cause of the problem, asks Nick Silver, in his book Finance, Society and Sustainability .

Silver argues that the financial framework behind the Anglo-Saxon economies of the US and the UK in particular is the construct of flawed economic theories, which purport to efficiently allocate society’s capital. Instead, he says, the finance sector allocates savings and investment to maximise its own revenues, with a resulting collateral damage to the economy, society and the environment. 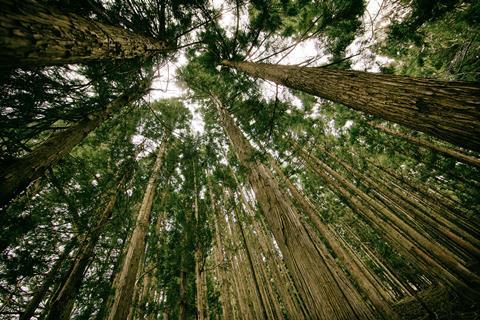 The financial framework is, as Silver describes, based around a few key theories, namely: the capital asset pricing model (CAPM), which postulates relationships between risk and return; the efficient market hypothesis, which argues that securities are usually fairly priced reflecting the information available; and the Black-Scholes option pricing model, the most widely used general model for pricing options.

However, Silver argues, the financial system operates on a set of norms that equate all human values with financial value, and measures value as the market price. This is proving catastrophic for the economy, society and the planet.

The idea that companies should only be run to maximise value for shareholders has been a cornerstone of modern finance. It is also now increasingly recognised as a pernicious, flawed idea that has encouraged behaviour that can be at the opposite extreme to what ESG principles should encourage.

The philosophical debate as to whether management should run companies ‘to maximise shareholder value’ versus operating companies for the benefit of all stakeholders is essential to understanding how the principles of ESG should fit in.

What should drive ESG investing should not be attempts to prove returns are higher but a reformulation of economic theory that recognises the real world inhabited by human beings, whose behaviour includes concepts such as altruism and time horizons that can extend many generations into the future.