Letter from Brussels: Easier securitisation on the horizon

A lengthy debate in the European Parliament on the issuer retention rate, so-called ‘skin in the game’, played an important role in slowing down the package’s progress. At the time, bystanders described the pace as “glacial”, and “a dead duck on a train to nowhere”.

However, the new rules – which are part of the EU’s plan to develop a fully functioning Capital Markets Union (CMU) – will not be applied until January 2019, over three years since the European Commission’s proposal. The reason for this delay is the drafting of the necessary delegated acts.

Such legislative instruments supplement or amend non-essential elements of EU laws following the Lisbon Treaty of 2007. Here, they are to be applied in the Solvency II Directive, as amended in 2014, a so-called omnibus Directive with rules on capital requirements for insurers.

For the second level acts, the European Insurance and Occupational Pensions Authority (EIOPA) will provide technical advice to the Commission by the end of February 2018.

Transparency is covered in article 7 of the Securitisation Regulation, covering securitisation information standards. 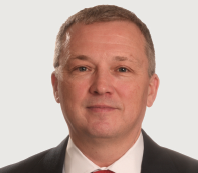 Ian Bell, head of the secretariat at Prime Collateralised Securities, and a former head of European Structured Finance at S&P Ratings, argues against any uncalled for wholesale review in the delegated acts. He recommends following existing rules, such as recommendations from the European Central Bank, where appropriate.

While securitisation is important for the CMU programme, it is one of several components. Others include measures to lower barriers to cross border investment, including corporate insolvency rules and common accountancy norms.

The measures on securitisation are intended to make it easier for banks to transfer debt assets to capital markets – including end investors, such as insurers and pension funds. If banks can package and sell portfolios of assets, such as residential mortgages, car loans and small- and medium-sized enterprise loans they are more likely to make these loans in the first place.

The result should be improved economic liquidity, explains Burçak Inel, head of financing growth at the European Banking Federation. Bank lending to companies stands at €5trn. If securitisation reforms were to bear fruit, the situation would improve.

The European securitisation market was hit hard by the financial crisis, with issuance falling from a €450bn high in 2006-07 to about €80-90bn, according to the Association for Financial Markets in Europe (AFME). 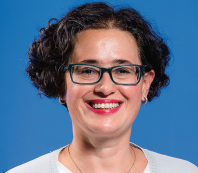 Richard Hopkin, AFME managing director and head of fixed income, describes the delegated acts in the Solvency II regulation jigsaw as requiring “a lot of work to be done”. For this, he says, AFME is seeking to engage with policymakers to see that forthcoming acts are “realistic” and “sensible”, so as to achieve the objective of STS markets.

Hopkin makes the point that European securitisations have performed well since 2010, and says capital requirements should be set no higher than the equivalent bonds.

In light of the delays to the securitisation package, pension funds might be forgiven for not holding their breath. Back in 2014, PensionsEurope responded to the European Commission’s public consultation by welcoming “a broader pool of assets that are genuinely low-risk from a credit perspective, alongside government bonds”.

On consistency of rules, it suggested the alignment of EU legislation with the Basel Committee/International Organization of Securities Commission (IOSCO) recommendations to harmonise the regulatory definitions of securitisations.

It repeated its warnings that the EU should definitely not copy the Solvency II framework into IORPs as this would “negatively impact the potential of pension funds as investors in securitisations”.

It is hard to estimate the investment volumes that the package will stimulate once the legislation comes into effect in 2019. However, one knowledgeable observer quoted a potential annual volume of €350bn, a figure which would doubtless cheer the European Commission.