The European Commission’s “further steps to drive forward the Capital Markets Union (CMU)” – as set out in its mid-term review – outline nine new priority legislative actions to solve the EU’s long-term cross-border investment challenge. Not the least of these is the pan-European personal pensions product (PEPP), for which a legislative proposal is expected shortly.

Overall, the CMU is an important component of the Commission’s Investment Plan for Europe, better known as the Juncker Plan. A second of the plan’s three components is the European Fund for Strategic Investment (EFSI) launched in June 2015. The third is a European Investment Project Portal and an Investment Advisory Hub.

As of May 2017, EFSI financing had the potential to trigger €194bn, which is 62% of the eventual €315bn target amount. However, this figure should be set against the €4trn of assets held by members of PensionsEurope alone.

The Commission’s message on CMU is that the flagship project, since its launch in 2015, is already reducing hurdles faced by cross-border institutional investors. This follows a recent consultancy exercise involving numerous stakeholders.

Successes so far, as listed by the Commission, include the review of the European Venture Capital Fund Regulation, a modernised Prospectus Directive and the proposal for a Common Consolidated Corporate Tax Base.

Valdis Dombrovskis in the European Parliament

However, as the Commission puts it, the capital markets situation remains “very diverse” across Europe. Clearly, the national patchwork of Europe’s financial structure requires upgrades and a notable issue is the lack of investment in businesses and infrastructure from pension funds and insurers.

The ‘rebooted’ CMU puts a strong focus on sustainable and green financing. The Commission says it is determined “to help sustainability-conscious investors to choose suitable projects and companies”. Preceding the announcements, Valdis Dombrovskis, the Commissioner responsible for the CMU, addressed members of the European Parliament under the theme of “protecting our planet”. 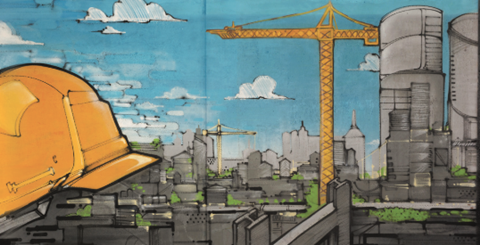 Dombrovskis emphasised the need to move faster to a low-carbon economy, including “investment in renewable energy and energy efficiency”, and said green finance would be “decisive”.

The Commissioner put the investment requirement at about €180bn per year, notably for clean energy, and called for greater private investment.

Dombrovskis, a former Latvian prime minister, also told MEPs that, from next year, large EU-listed companies will be required to disclose information on environmental, governance, social, and human rights aspects of their business activities, emphasising the benefits for institutional investors. 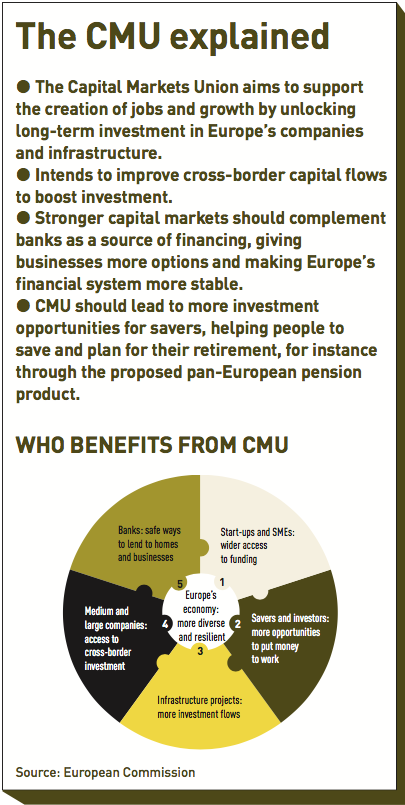 The Commissioner said: “This added transparency will directly benefit investors. We have taken steps to incentivise pension funds and shareholders to take sustainability into account in their investment decisions.”

Among new priorities are strengthening the EU’s financial watchdog institutions – the European Securities and Markets Authority (ESMA) and other European supervisory authorities.

The aim is to provide for strong and effective supervision performed to the same standard across all markets. Elimination of regulatory arbitrage is described as “an important element”. The moves are scheduled for the third quarter of 2017.

Also scheduled for completion by the end of 2017 is an assessment of technology in financial services (fintech). The Commission says fintech has the potential to contribute to “deepening and broadening” EU capital markets and intends to assess the case for an EU licensing and passporting framework for fintech activities. This would be through data-driven solutions in asset management, intermediation and product distribution.

Fintech has come into focus only recently – the Commission ran a consultation earlier this year, which will inform its policy recommendations. The European Parliament has also authored a report.

The mid-term review’s nine priorities hardly affect taxation matters. However, PensionsEurope highlighted the issue of cross-border taxation in its response to the last CMU consultation. It noted that pension funds are still sometimes subject to differential taxation to domestic institutions when investing abroad, for instance in infrastructure projects with real estate characteristics, creating extra costs. Clearly the Commission still has its work cut out if it is to implement the CMU by the planned 2019 deadline.