LGIM sees results from ‘engagement with consequences’ over climate

The UK’s largest asset manager has said its climate change “engagement with consequences” programme has had positive results, but it will continue to press companies “to meet this era-defining challenge”.

Legal & General Investment Management (LGIM) added five new companies to its exclusion/vote against list this year, including oil giant ExxonMobil and MetLife, a US insurer that LGIM said “has not responded to our attempts to engage and has scored poorly across most categories of assessment”.

LGIM said that in 2018 it voted against and divested from eight companies within its Future World fund range. Since then it has engaged with all eight of them and reinstated two: Occidental Petroleum and Dominion Energy.

Speaking to journalists yesterday, Meryam Omi, head of sustainability and responsible investment strategy at the €1.1trn asset manager, said it believed in engagement, but “we’re not having a dialogue forever, because this is a massive problem that requires urgent action”. 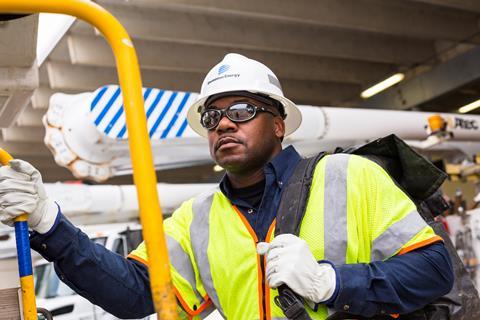 The asset manager said the average scores of all sectors covered by its ‘Climate Impact Pledge’ had improved, with those sectors under most public scrutiny – such as oil and gas – making “great strides in disclosures and targets”.

The pledge was introduced in 2016 and involves LGIM assessing and scoring more than 80 of the world’s largest companies across six sectors identified as key to meeting global climate change goals.

If, after engaging with the companies, LGIM considers they do not meet minimum standards, they are put on an exclusion candidate list. Within the £5bn (€5.6bn) Future World index funds, LGIM then divests from those companies deemed as failing to demonstrate sufficient action, and votes against the re-election of their chairs across all other funds where it has voting rights.

In addition to holding companies to account with a “clear escalation model”, LGIM’s approach also involves a “name and fame” strategy for sector leaders.

“We can’t demonise sectors, we need leaders in every sector,” said Omi.

She added that, in some cases, divestment or a vote against a company was the trigger for them to start engaging with the manager. Omi said investors were putting more pressure on companies in relation to change, but there was still “a little bit of a gap between talk and action”.

“A lot of people are talking about climate change, but are they really forcing companies to change their disclosure, behaviour, actions and so forth?” she said.

LGIM was advocating that investors start to “have a similar voice” and take “tangible action” following conversations with companies, Omi added.