A forthcoming journal article co-written by myself and three colleagues shows that US pension funds and other US institutions may have historically lost $30bn (€26bn) a year in unnecessary trading costs1 .

The institutions’ problem arises from the monthly payment cycles and the fact that many of the payments – including US pensions – are clustered at the turn of the month. (See figure 1 for US pension payments.)

The aggregate value of non-bank payment transfers is gigantic – in the US alone it annually exceeds $170trn. That many of the payments cluster at the month end leads to a monthly excess demand for cash a few days before the month end. Figure 2 shows how the aggregate amount of checkable deposits in the US rises until one day prior to the month-end and how the amount gets reduced after the payment cycle has cleared.

These repeated cash needs owing to the monthly cycle cause price pressures in securities markets. The article documents yield increases prior to month-end in money market rates (LIBOR, repo rate), US bonds (corporate and treasury) as well as in US and global equity. The article focuses on the US equity market as, owing to ample data, it is easy to link the return patterns to institutions demand for month-end liquidity.

When a pension fund liquidates its equity holdings to obtain month-end liquidity for its day T’s pension payments, it historically had to sell equity at least four days prior to month end at T-4, owing to the three-day settlement convention that prevailed in US until recently (the settlement time has now been reduced to two days in the US and many European countries). 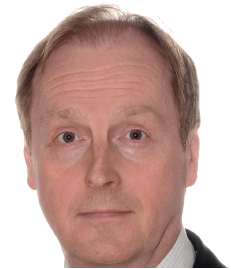 To reduce the price impact from selling, institutions’ pre-month-end equity sales are distributed over several days, in particular T-6 to T-4, but come to a halt by noon of day T-3. This selling significantly depresses equity prices T-6 to T-4, and the prices often reach their lowest intra month levels during those days. After T-4 the prices rebound from the selling pressure. As figure 3 shows, returns in the US stock market are poor from T-8 to T-4. After this the returns are high for the seven days that follow: first as prices recover from the selling pressure and later as new money returns to the equity markets at the beginning of the month.

Evidencing the role of price pressure in determining the return patterns, the returns during the selling pressure period and the positive reversal period have a significant negative correlation of 0.39. Similar return reversals around T-4 prevail in the US bond market as well as international equity.

To give an idea of the magnitude of the price pressure that prevails six to four days prior to the month end, note that from 1980 to 2013 (the article’s sample period), all of the excess returns in the stock market came during the seven-day high return period around the conclusion of the month. On other days, average equity returns were less than the risk-free rate.

Ten years previously, in 2008, similar but stronger forces prevailed. Around the Lehman crisis, institutions liquidated more than usual their equity holdings to obtain month-end liquidity, which led to cumulative returns of a negative 25% during T-8 to T-4. Each month, the selling pressure ended at T-4, after which prices recovered. In 2008, the cumulative returns during the positive reversal period from T-3 to T-1 were +30%. Those institutions that sold around T-4 suffered large losses. 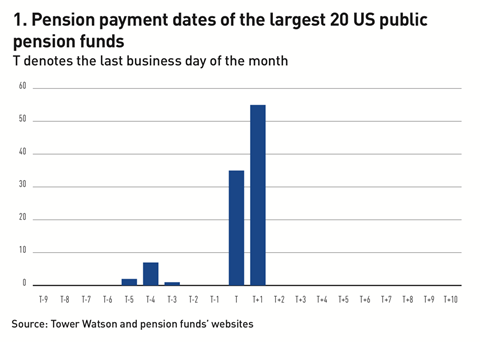 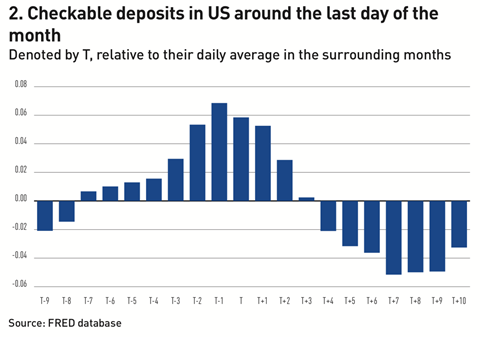 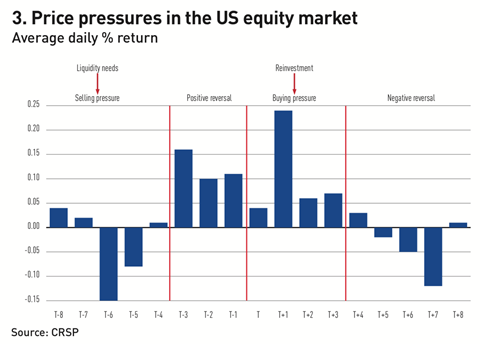 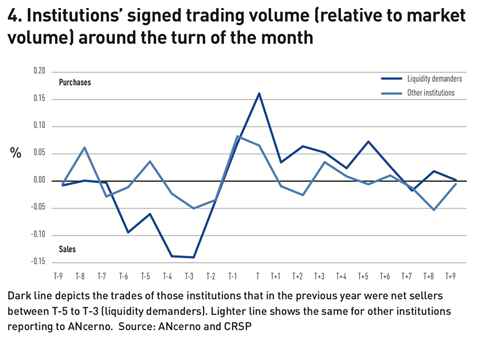 Why not arbitrage?
The article documents that hedge funds do arbitrage the predictability, but only during good times. During periods of market stress, they cannot, as then investors pull money also from the hedge funds as their borrowing costs increase. Ironically, one of the most common redemption days for hedge funds is the last business day of the month. This implies that during market stress, many hedge funds join others in selling assets prior to month end to obtain the necessary liquidity.