When the catastrophe is a step towards autocracy, Saez identifies another factor causing this blindness: “Autocratisation does not immediately have a negative effect on profits”. Martin Wolf, the FT’s chief economics commentator, was more direct: “Tyrants can be good for business.”

So are ‘responsible’ investors – who now account for one-in-two investors dollars – any different from their ‘irresponsible’ peers? And what have European investors learnt from events in Brazil and from historical efforts to engage with companies in autocratic countries?

Many investors not only misjudged the 2016 US election, they then reacted strangely afterwards. In an article from January 2017 entitled ‘Nobody Knows Why Markets Like Trump’, Bloomberg’s opinion writer contrasted investor optimism with the complete “lack of details” about the president’s plans. Sustained by tax cuts, the initial “Trump bounce” continues despite the fact that even five months ago, the Economist had already concluded that “[US] financial markets have got out of whack with the economy. Something has to give”.

How might things develop if Donald Trump is re-elected? Brazil offers clues. As the FT notes, Brazil’s business community “rejoiced” about the free-market views of Jair Bolsonaro, the “Latin Trump”. Indeed, one US emerging market manager that sells ESG products justified a decision to buy Brazilian bonds because of his win.

Things are now different in Brazil. The key business confidence index fell to its lowest level on record in 2020. Brazil, along with the US and India, is managing the pandemic badly. A judicial scandal could topple Bolsonaro. The currency has fallen sharply. And its environmental reputation is in tatters with accelerated deforestation of the Amazon.

A leading business lobbyist says “people are starting to say this is not what we have hoped for” and a senior official from the Institute of International Finance, a global association of financial institutions, commenting on the sale of Brazilian bonds and equity by international investors said: “People are pretty sceptical that policy experiments in the US should be tried out in Brazil.” The country also shows that, once unleashed, populist forces are hard to contain: Bolsonaro’s approval rating is at its highest. 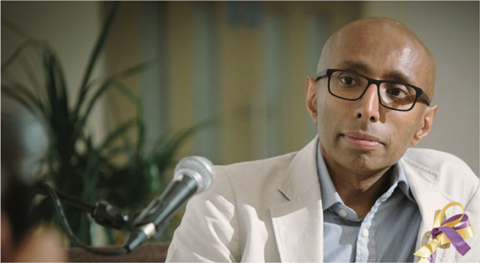 Ray Dalio, the founder of Bridgewater Associates, is one of many who expect a short-term market drop if Trump is defeated. This is what happens when a Democrat wins. Why? Wall Street’s short-termism and its attitudes to taxes and regulation. Sadly, evidence hasn’t seemed to matter: annualised real stock market returns under Democrats have been 10.6% against 4.8% for Republicans. But reactions this time are harder to predict given the trade-off between Trump’s huge corporate tax cuts versus Biden’s huge economic stimulus programme combined with a stated de-escalation of the trade war with China. Neither the pandemic recession nor the climate crisis have been priced in. Yet.

Here are the four main scenarios that investors could prepare for:

• Trump wins outright and the Democrats concede.
• Trump wins the vote on the day, declares victory, loses the postal vote, declares it fake and refuses to leave the White House. This is what  bipartisan group, Transition Integrity Project, anticipates. Smarkets, a peer-to-peer trading platform which offers predictive market data, gives this a 30% chance.
• Joe Biden wins the presidential election but the Senate remains Republican, and blocks his agenda (such as for a carbon tax).
• The Democrats win both White House and the Senate, triggering a battle for the soul of the Republican party.

Because Trump is both a cause of the dysfunction that the US is experiencing and a symptom, his defeat will not be enough to fix the crisis. Over the last two decades, real median household income has stagnated, while high-paying blue-collar jobs have been lost. The result? A decline in real wages for many, especially less educated men.

That, combined with what Jack Goldstone and Peter Turchin, two of the most prescient US commentators, call the “over-production” of elites, has resulted in a profound stand-off. Their model, unveiled in 2010, predicted a sharp rise of violent conflict in the 2020s. They updated this message last month to a warning about the real risk of a civil war.

Sadly, whatever happens in November, conflict is likely to get worse before it gets better. And the climate crisis – which is not in their model – will exacerbate tensions as seen in California, whose GDP exceeds India and is just behind Germany.

What can concerned European investors do?

ESG investors do not appear to have thought about sending signals that might influence how markets respond to the election. In contrast, vocal investors are advocating a clear outcome on the day, despite the near certainty that this is not possible. One US CIO is quoted by Forbes as saying “if we don’t have a concession speech right away, either by the challenger or incumbent…. it will be really bad”.

European investors have typically taken a hands-off stewardship approach to US companies, especially with the Fed. This is hard to explain given they have significant exposure to the US market and US companies and the government have a major extra-territorial impact on everything.

For example, someone close to the Commodity Futures Trading Commission’s ground-breaking Managing Climate Risk in the US Financial System report – which is the first time a US regulator has called climate change a systemic risk – told me that “nothing will happen if Trump is re-elected”.

There are three issues that have contributed to societal dysfunction in the US which non-US investors could help with: executive remuneration - especially quantum; corporate political spending and capture; and diversity, gender and otherwise, especially in the c-suite.

The most relevant example is when American corporations engaged with South African companies and the apartheid government. While the divestment movement was critical of the Sullivan Principles – a collective constructive engagement project – there is growing consensus that this initiative was ‘the first earthquake’ in the transition to real democracy.

Bond investors could engage with US federal and state officials. Taking ESG into account in govvies is now accepted, so focusing solely on emerging market countries is discriminatory. Perhaps the term ‘sustainability emerging markets’ might help.

Some investors argue that they ‘don’t do politics’. Treating US companies like other G7 companies is the opposite of ‘doing politics’. Moreover, siding with the established order is as political as challenging it – take climate change, for example. Finally, European investors should remember that ‘elite over-production’ is also present here: there are no grounds for moral superiority.

One Brazilian investor recently reflected: “There is a pandemic everywhere in the world, but here you have a pandemic coupled with a political crisis. It is a tremendous problem.” Fingers crossed that investors do not enable a much, much bigger problem next month.