Remember how the financial sector lobbied against the Financial Transaction Tax? Imagine it lobbies as hard, but for pandemic recovery programmes to include a carbon price. Totally unrealistic? Exactly my point. Failure to price this externality is why capital has not been reallocated and the finance sector’s slow pace of change are two sides of the same coin.

It is easy to label big banks, insurance companies and asset managers as inherently part of the problem but that is too simplistic. In banking, there is a big difference even in Europe between, say BNP Paribas or Lloyds Banking Group versus Intesa Sao Paulo or Danske Bank according to ShareAction.

But for real change to happen, we need to go beyond this superficial blaming and consider the system these financial behemoths find themselves in. Consider these giants as the smallest doll in a set of Russian dolls, encased by layers of other dolls each with their own inertia to change.

Banks will not play the role they need to with a high-rate-of-return business model. They need utility-like business models such as John Kay, the British economist, has called for – still profitable, but with a focus on the long-term and resilience. During this COVID-19 pandemic, they need to accept more risk and less profit from lending. They also need to waive bonuses, particularly where traders are making exceptional profits because of market volatility.

But even if they were so minded, bankers would need institutional investors – the first ‘layer’ around the banks – to be supportive. But as several CEOs have found out being “too” socially aware is not tolerated by the finance community and sooner or later, boards respond.

Investors drag their feet
How do investors contribute to the problem? They send contradictory sustainability and corporate governance messages. They reward executives for doing the opposite of what the climate crisis demands; they approve boards and CEOs that lack the diversity to manage the big changes ahead; and they turn a blind eye to corporate political influence. A recent example: banks co-ordinated internationally to lobby for a delay to climate stress tests, and the Bank of England caved in. 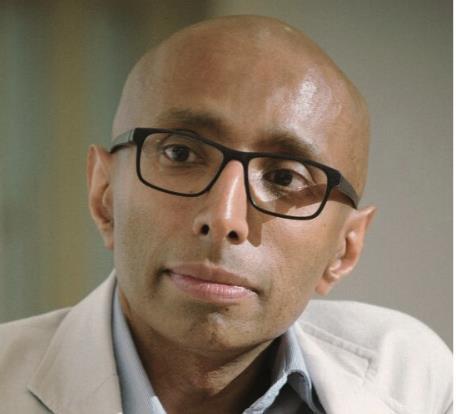 Investors say they want leadership from banks, but are noticeably reluctant to show that leadership themselves. The Baker-Shultz plan of the Climate Leadership Council to price carbon is weak but it does have big companies from every sector behind it, even fossil fuel companies and banks. There are, however, no major fund managers listed among the core supporters.

Why have investors made so little progress? Investors often have the same corporate governance weaknesses as banks. ESG trade bodies, the layer around the investors, are both part of the solution but also the problem. They normalise the climate agenda and make collaboration easier. But they also give reputational cover to laggards and this ultimately holds back change. A new study finds no evidence of improvements in ESG scores of actively managed funds in the aftermath of their firm becoming a UN Principles for Responsible Investment (PRI) signatory. The funds were assessed over four years using ratings from MSCI, Sustainalytics, and TruValue Labs.

The newest collaborative project – the Principles for Responsible Banking – has the sharpest teeth: signatories need to set targets in at least two ‘areas of most significant impact’, show that these align with the UN Sustainable Development Goals (SDGs) and Paris Agreement and report on progress. “Sustained and unexplained failure” to address shortcomings could see membership being withdrawn. A third of the global banking community has signed up.

A glass-half-full take is that these groups are ‘banking’ the progress that is made each year and saying “we will be back next year”. It’s an incremental approach to paradigm change. But how long it will take before a major investor pushes a US bank like JP Morgan in the same way that the Church of England has focused on Exxon is anyone’s guess.

Another layer around these investor groups is climate-aware foundations and philanthropists. But fewer than a handful have understood the importance of active engagement with banks and insurers. Whilst the reasons are fascinating, and not unrelated to financial sector, this is a topic that warrants its own focus.

This is an incomplete examination of the factors that hold big financial sector players back. Actors in each layer are responsible for addressing their sector’s own immunity to change. There is no magic bullet and there is no time for sequential change – everyone needs to act simultaneously.

For readers of IPE, the focus is clearly on the investor layer. The model mandate consultation produced by the International Corporate Governance Network (ICGN) is a good place to start given systemic risk and long-term thinking are ICGN priorities for 2020.

The challenge is for environmental and governance focused members of ESG teams to work together and ensure their firms to push ICGN to address the corporate governance underpinnings of the climate emergency. A recent Boston Consulting survey made depressing reading, indicating that 92% of investors would prioritise economic recovery over ESG objectives. It would be a huge sell out by the ESG community if CEOs of UN PRI member firms allow this mindset to become reality,

As Jim Hawley and Jon Lukomnik explained in IPE in October 2018, investors need educational and action programmes focused on systemic risk. Integrating thinking about and reporting of performance against Sustainable Development Goals – for instance, redefining investor and thus investee company core business models to align with the SDGs and not just cherry picking projects – is a core part of the way forward.

Sources of hope
There are reasons for hope. Projects that demonstrate the kind of courage, determination and skill that is necessary for change to happen include the Barclays resolution co-sponsored by ShareAction with Brunel Pension Fund and others; the work by the Sunrise Project on the insurance sector; and the new project on mega index managers by the William and Flora Hewlett Foundation. The fact that BlackRock CEO Larry Fink’s 2020 letter to CEOs includes an explicit reference to climate change is because of the tenacity of clients and campaigners. Other systemically important mega fund managers are further behind.

Above all, we need to get real: we do not have an international political framework that is ideal vis-à-vis systemic risks. Let us hope the US Commodities Trading Futures Trading Commission’s climate report is as good as many think it may be. And that the prospective Democrat nomination, vice-president Joe Biden wins in November’s presidential elections. But change on the climate file is unlikely to be dramatic given the likely make-up of the US Senate. Unfortunately, President Trump is not the only climate-sceptic populist in power. But if financial and corporate elites sit on the fence or support populism, as has happened in Brazil in 2018, things will certainly get worse.

European investment executives have a few months to engage their US peers. More ‘disaster capitalism’ is inevitable if Trump is re-elected but this ‘preventable surprise’ is still within our influence. Highly diversified finance players have a strong business case for rejecting such a future and those with European world views even more so.