Pension funds should not count themselves rich as a consequence of the recent unexpected slowdown of life expectancy improvements according to a renowned American demographer.

James Vaupel, founder of the Max Planck Institute for Demographic Research, said there was no reason to assume that the upward trend of the past 150 years would end soon.

Since 1840, life expectancy had increased by 2.5 years per decade on average, but recent prognoses suggested a slowdown or even a ‘plateau’.

Speaking at the Cass Business School’s annual longevity conference in Amsterdam last week, Vaupel rejected the suggestion that there was a limit to human longevity. He pointed out that the slowdown relative to the prognoses had only been observed in a limited number of countries.

The argument that the age of the oldest living human had not risen for a while “was simply not true from a long term perspective”, he added. 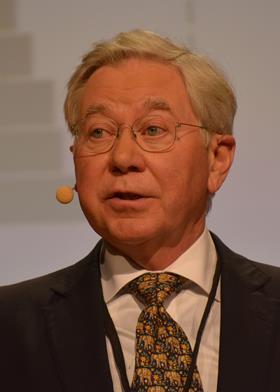 Vaupel argued that extrapolation was a better way of predicting life expectancy than actuarial forecasts.

He highlighted longevity-boosting developments such as potential treatments for cancer and ageing, as well as the rejuvenation of skin and organs.

“For an assessment of the future, you could take into account the predictions of experts who often turn out to be wrong, or look at risk factors or causes of death,” he said.

“But time and again, the only useful predictor appears to be extrapolation of historic data.”

Vaupel claimed it was more likely that life expectancy would increase spectacularly than that it was to stabilise.

He noted that increased longevity had coincided with a strong concentration of mortality, as more people died around their predicted life expectancy.

Vaupel said: “In the past, people had a fair chance of dying during the course of their life, but nowadays the odds of dying in your 70s or 80s in developed countries are very low, and most people die around the same age.

“Japan, where women die massively around 90, is a clear example.”

The demographer contended that people were able to keep on working for longer to keep pensions affordable, “as they also stay healthier for longer”.

Vaupel, who is 73, put the relative increase of unhealthy years in the last stage of life into perspective by arguing that, with heart problems and high cholesterol, he was ill by definition.

“But thanks to my pacemaker and the right medication, I am able to do my job very well,” he said

While some experts have predicted an increase in dementia cases, Vaupel played down the concerns, “as in my calculations, which have also been confirmed by other studies elsewhere, future generations will develop the illness later in their life”.

Vaupel voiced support for the Netherlands’ decision to set the number of years in retirement at 18.26 years, and to raise the retirement age for the state pension in line with life expectancy improvements.

However, he acknowledged that the duration of retirement was up for discussion: “In Denmark it is 14.5 years. What is that based on?”

Vaupel said he was worried about the longevity gap between low and high educated workers, which he observed as widening and difficult to solve.

“But if it is pretty certain that somebody is living a shorter life, the level of the pension could be adjusted,” he suggested.

As an example, he indicated that some insurers offered people with an “impaired life” higher payments through their annuities.