Growing fears of a trade war between the US and China hurt the funding levels of Dutch pension schemes in March, according to Mercer and Aon Hewitt.

The consultancies largely attributed a significant funding drop to the knock-on effects of US president Donald Trump’s protectionist measures.

Using different assumptions, the two firms concluded that the coverage ratio had dropped by at least two percentage points on average to 108% at best.

Mercer also mentioned “a possible trade war” as well as recent “dovish” remarks made by European Central Bank (ECB) president Mario Draghi, who said that the ECB would not raise interest rates “until far beyond the end of its quantative easing programme”. 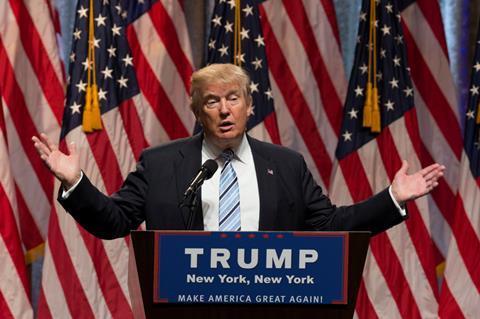 It noted that the 30-year swap rate – the main criterion for discounting liabilities – had decreased by 13 basis points to 1.48% in March, while the MSCI AC World Index had dropped 3%.

Aon concluded that, as a result of the declining interest rates, pension funds’ liabilities had risen by approximately 2.5% on average.

It added that schemes’ assets had increased by 0.3%, as the positive effect of falling interest rates on fixed income portfolios had outstripped the losses on their equity holdings.

Mercer estimated that euro-denominated government bonds had risen 1.6% and that listed real estate had improved 3.6%.

“Although pension funds are in much better shape than a year ago, the recent developments highlight how vulnerable schemes’ recovery is,” said Driessen.

He added that recent figures indicated that larger pension schemes’ funding was still short of the required level of 104%, and that these schemes would suffer most from the funding drop.

Both consultancies concluded that Dutch pension funds’ “policy funding ratio” – the average coverage of the previous 12 months, and the main criterion for rights cuts and indexation – stood at 108% on average at March-end, with Aon noting an increase of 1 percentage point.

However, if the monthly funding levels continued to drop, the policy funding ratio would also decrease during the course of this year.