The dual trends of consolidation and lower fees are set to follow mainstream global asset managers into 2019, with a potential market dislocation adding a further threat to margins, according to Fitch Ratings.

In its outlook for the investment management sector for the coming year, the rating agency said that, unlike their alternative cousins, mainstream active-focused firms faced further pressure in 2019.

The report said: “Margins at traditional investment managers are likely to remain under pressure in 2019 given ongoing competition, investor fee sensitivity and regulatory compliance costs.”

It said that managers it rated had responded to “EBITDA erosion” by pursuing scale, controlling costs and diversifying into higher margin products. Much of this had been accomplished through increased merger and acquisition (M&A) activity, which Fitch expected to continue into the new year.

In 2017, deals such as the Aberdeen-Standard Life merger helped push M&A volumes up to pre-crisis levels, while wealth manager tie-ups in 2018 have kept activity flowing.

The Fitch report also signalled that traditional managers, whose fees had been “supported” by positive markets and high asset price rises in recent years, could fall foul of dislocations in 2019.

Active managers faced a slight reprieve, however, as flows to passive products have begun to slow, according to the report. Additionally, “a sustained market downturn could lead to active investment managers outperforming passives and regaining some lost ground”, Fitch said.

Alternative fund managers looked set for a decent 2019, according to the rating agency, due to the “locked in” nature of their client assets – and the amount they gathered over the last few years. 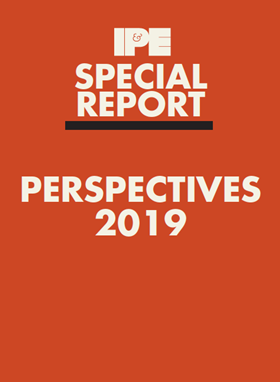 “A country-by-country snapshot of trends in liability-driven investing shows that the shift towards a rising rate environment, although apparently a benign factor, requires thoughtful consideration.”

However, this level of so-called dry powder – estimated by McKinsey to be worth more than $1.5trn (€1.3trn) in mid-2018 – held by private equity funds caused Fitch some concern. This was due to the “elevated” cost of some acquisition targets and a credit market, used to finance deals, that some considered overheated with too many investors chasing the available deals.

In the year to the end of September 2018, the six private equity companies rated by Fitch grew their undeployed capital from around $290bn to around $320bn, collectively.

Fitch said a market dislocation would adversely impact valuations and the pace of realisations, but added that this could turn into an upside for the companies in the long term as it could result in stronger management fee growth thereafter, as uncalled capital could be invested at a faster pace.