The first-half bounce in equity markets helped Portugal’s pension funds to an average 2.1% gain for the 12 months to 30 June 2019, according to Willis Towers Watson (WTW).

“The stock market rebounded strongly during Q1 2019 and continued through Q2, though far behind the 4% returns of the first quarter,” said José Marques, director of retirement at WTW.

Marques continued: “The 1.5% second-quarter return – equivalent to over 6% per year – is what we would consider very positive, given the conservative nature of portfolios in Portugal.”

Performance figures were submitted to WTW by around 75% of the pension funds in Portugal, the overwhelming majority of them occupational funds. 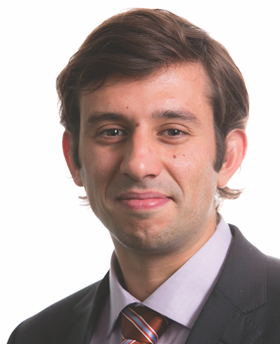 He continued: “The equity market also enjoyed very strong returns, in particular France and Germany, returning over 5%. However, this has had only a modest impact on the Portuguese market, as a typical Portuguese pension fund invests a much smaller amount in equities than, for example, other European pension funds.”

However, he added that for most Portuguese pension schemes the strong overall return was not enough to compensate for the increase in liabilities caused by the fall in interest rates.

Marques said: “As liabilities have typically longer durations than the bonds in pension scheme portfolios, we expect most pension schemes to be less well funded than they were at the end of Q1.

“An exception to this is the pension schemes which have hedged their liability interest rate risk by investing in longer-term bonds.”

At end-June, Portuguese pension fund portfolios were still heavily dominated by debt, which made up 62% of portfolios (including direct and indirect holdings), a slight increase over the quarter, according to data from regulator ASF and from the Association of Investment Funds, Pension Funds and Asset Management.

Equities made up 19% and real estate 13% of portfolios at that date.

“This is mainly a result of the search for yield from investors – which is sometimes prioritised over risk analysis – as Italian yields have increased relative to Portuguese yields,” he said.

Portugal: Scene set for broad changes
The introduction of new rules affecting pension funds and proposals for further changes by the Portuguese government are expected to have a significant impact on the future shape and functioning of the country’s pensions industry.