Bpf Koopvaardij, the €3.8bn Dutch pension fund for the country’s merchant navy, paid an additional €10m in benefits last year after it discovered almost 4,400 divorced people were entitled to pension payments in arrears.

The group of people were former partners of members of the scheme, and were entitled to a pension if their ex-partner died.

According to the pension fund, most of those affected had divorced their spouse in the 1980s and 1990s, and weren’t previously known to the scheme.

In comments about its annual report for 2017, Koopvaardij indicated that its search for beneficiaries started in 2015, when it was approached by some ex-partners. The search largely focused on local council administration.

The scheme found that, in many cases, the former partner had died in the meantime, which meant that the pension fund had to pay benefits in arrears, totalling €10m last year.

Ex-partners’ entitlements only apply for the period of the marriage, and must be shared with any new partners.

Elsewhere in its annual report, Koopvaardij recorded an overall return of 2.1% on its portfolio and saw its coverage ratio rise to 113.4% at the end of June.

It said it had started constructing a €120m mortgages portfolio, and had already achieved returns of 3.5% and 6.7% for corporate and residential mortgages, respectively.

The scheme’s return-seeking assets – 30% of the total portfolio – delivered 10.2%, with emerging markets equity and east Asian equity the best performing portfolios, generating 20% and 15.6%, respectively. Its 1.9% infrastructure allocation yielded more than 6%.

The pension fund incurred a 0.8% loss – after its currency hedge – on hedge funds.

It indicated that it would keep the asset class in its investment portfolio, despite its goal to generate absolute positive returns, as it was part of its new strategic investment framework. 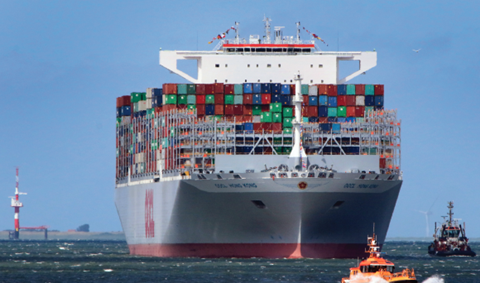 Erwin Cramer, the scheme’s director, said that Koopvaardij was interested in co-operating with other sector-related pension funds to reduce its vulnerability and to achieve synergy benefits.

He added that the scheme had been in touch with other pension funds to explore possible ways of co-operation, in particular regarding board support on complicated issues.

It attributed an increase in combined costs of asset management and transactions – from 0.36% to 0.42% – to higher management fees paid to its asset manager MN. However, these fees were agreed in exchange for lower performance-related charges.

The scheme also cited its growing infrastructure holdings and the introduction of mortgages into its investment portfolio as other factors pushing up costs.