A unit of German private bank Metzler is in the process of setting up a Pensionsfonds geared towards implementing the new “defined ambition” pension plans that have been made possible under this year’s major reform law in Germany.

Other providers have also been positioning themselves to run such plans, although it is still unclear when – and perhaps even whether – they will be introduced.

Speaking at the annual conference of Germany’s occupational pension association in Berlin earlier this month, Christian Remke, head of Metzler Pension Management, said could take some time before the first plan emerged.

Metzler has a Pensionsfonds that it set up in 2014, but has but decided it was important to establish a separate fund for the new social partner model, according to Remke. This was for several reasons, including providing clear separation of assets, risk management, and digitalisation needs, he said.

Metzler had hoped to have already completed the licencing process for the new Pensionsfonds, but it had underestimated how complex this would be, Remke added.

It first informed the regulator, BaFin, of its plans last October, assuming the process would take three to six months. Its next meeting with the regulator is on 16 May.

The new Pensionsfonds is being set up by Metzler Pension Management, which was recently spun out from Metzler Asset Management as a separate company. 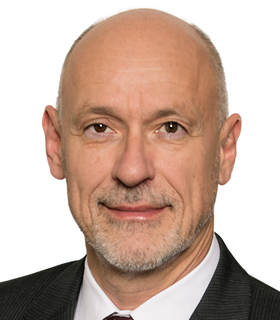 Heribert Karch, chairman of the German pension industry association aba, had earlier delivered an impassioned plea to the country’s employer representatives and trade unions to make the most of the new opportunities presented to them by the pension reform.

“Many people have placed their hopes in you,” he said.

He urged employers to use their new powers to get involved in what was a new phase of pension design as otherwise the state would intervene. Trade unions, meanwhile, should not be like “a rabbit staring at a snake” by focusing on the question of employers’ liability.

The new pension plans were a responsible form of contribution-based scheme that was “completely different” from what was internationally known as defined contribution, said Karch.

Trade unions should focus on the unprecedented opportunity to take part in the country’s productive wealth.

“Use aba, use this opportunity – that is my appeal to you, the social partners,” he said.

The pension reform law that came into effect in January – known as BRSG in German – for the first time allows occupational pension plans without guarantees, which would free employers from the obligation to top up plans. The defined ambition plans can only be established by employer associations and trade unions – the social partners.