Near the cliff edge

It was a lodestar for European renewables investment, yet the national renewable energy target for individual member states could fade away. A European Commission (EC) statement on 2030 carbon targets published this year aims for a 40% emissions reduction. But it entirely omits individual national renewable energy targets. Instead, an EU-wide goal of 27% renewables is introduced. Some argue this could prompt a shift away from investment in the sector altogether.

The lack of national targets beyond 2020 could create a ‘cliff edge’ for investment, says Dr Nina Skorupska, CEO of the UK Renewable Energy Association. “If investors believe they can get in there before 2020, then they will go for it and achieve financial closure before then,” she claims.

Beyond that, she argues that long-term investors such as pension funds could pull out. “How can they ensure that after 2020 renewables are top of the pops for investment? They need as much certainty as possible.” Investor confidence in renewables, she contends, will be lost, and more money will pour into nuclear, carbon capture and storage and shale gas in the UK.

Other proposals include the reform of the EU Emissions Trading Scheme using a market stability reserve to balance out supply and demand and “a new governance framework based on national plans for competitive, secure and sustainable energy” to ensure stronger investor certainty. However, the European Parliament has opposed some aspects of the plan, such as the lack of national renewable energy goals. Individual member states like Germany and the Netherlands have also campaigned for national goals.

Regarding the overall 2030 target, Tom Murley, head of renewable energy at private equity firm HG Capital, says this is an essential driver for further investment. “In individual countries, as the target of 2020 approaches, there would be reasonable investment for two to three years but then it would drop off. You’d see whether technologies would compete on their own without subsidies against oil and gas. We would see longer term investments in place, but as new technologies with five-plus years or more development were needed, they would drop off,” he says.

• The European Commission has set a 40% carbon emissions reduction target by 2030.
• It has also set an EU-wide 27% renewable energy target.
• Improved energy efficiency is also top of the Commission’s aims.
• Proposed Emissions Trading Scheme to balance out supply and demand.
• New governance framework to help bring certainty for investors in the sector.  

The new, broad target will maintain momentum in investment, he suggests: “If you take out carbon as a regulatory goal people will probably pull away from it. Having it doesn’t accelerate investment hugely but you need regulation to provide long-term direction of travel.”

But investors are divided on renewable energy. “A system with separated targets does not lead to the most efficient deployment of renewable energy – it relies on national systems of renew-able energy,” says Murley. “An EU-wide system is more stable and puts all low-carbon technologies on an equal footing.” Differing national subsidy systems created from mandatory renewables targets, this argument goes, lure funding into countries more supportive of renewable energy. This may prevent more even patterns of production across the EU.

The mandatory renewable energy goals for 2020 have been broadly successful in raising production capacity overall. These targets, reflecting member states’ different starting points and potential for increasing renewables production, range from 10% in Malta to 49% in Sweden, and set a level of 20% for the EU as a whole. By 2011, the share had reached 13%. 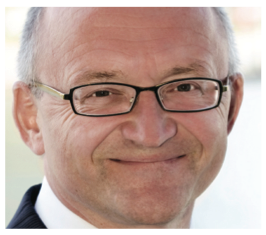 Torben Möger Pedersen, chief executive of PensionDanmark, contends that national targets make a major difference. “They provide an incentive to make a commitment to the market. Investors feel confident in long-term commitments. National governments should adopt binding targets on a national level – it’s easier to attract capital. But as investors, we look primarily at project risk,” he remarks.

Nevertheless, the targets in themselves are an indicator rather than investment driver. According to consultancy Bloomberg New Energy Finance, EU investment slumped 41% to $57.8bn (€41.9bn) in 2013 as big economies such as Germany, Italy and France either restricted subsidy payments for new projects or else failed to diminish uncertainty over future support.

Onshore wind and solar are less threatened than other renewable energy sectors by the abolition of national targets, and they need less support than in the last decade. As a United Nations Environment Programme (UNEP) report pointed out in 2013*, the value of investment in solar photovoltaic (PV) power in Germany fell in 2012. However, this was less due to investor commitment than to the falling cost of solar PV. The amount of PV capacity installed in 2012 globally was at record levels and at a reduced cost, contributing to a fall in overall solar investment.

These considerations mean that investment in these two sectors is more likely to progress well into the coming decades, regardless of targets. But the authors also found that instability in policy was holding back investments in major developed-economy markets in other types of renewable energy. Much of that instability centres upon decisions on the national renewable energy target, as the argument goes between the Commission and Parliament. That in turn links to state support mechanisms, some of which have been under attack by industry.

Companies in Germany that are not exempt from a renewable energy levy have complained that it puts their industries at a disadvantage. This has become an acute problem in recent months, as electricity prices are alleged to have risen partly due to the national renewable energy policy. One bargaining tool used by industry on such occasions is to threaten to move facilities.

Under pressure from industry in a number of countries due to concerns like these, the Commission has not recommended further national targets. Preventing the defragmentation of the market, whereby some countries may be able to afford state aid more than others, is one of the key reasons underlying this decision.

The consequence of its new policy would be a more ‘Europeanised’ system, in which the EC encourages best practice for support mechanisms rather than mandating targets. It also means improving the physical European infrastructure underpinning EU energy transmission, and promoting cost-effective technologies.

Some of the anxieties in the renewable energy sector may be unjustified, given the 27% target. But this target still allows investment to countries with more stable support mechanisms. If they do, EC policy could be seen to foster investment without risking accusations of being uncompetitive, thus legitimately allowing funds to penetrate countries with a strong renewables platform.