Several Dutch company pension funds have announced they will be granting inflation-linked benefit increases this year.

Members in the pension fund for postal workers, PostNL, the KLM pilots’ scheme, and the company fund of Dutch telecoms giant KPN will receive increases. The company pension funds’ announcements come as some Dutch sector schemes have returned to indexation given improved funding.

The PostNL scheme’s policy coverage in 2017 exceeded the required threshold, and members will be receiving a pensions increase of 0.32% this year.

Equities contributed the most to PostNL’s 2017 gains (4.5%). The fund suffered losses on its interest rate derivatives (-0.7%). The interest rate rise resulted in a 2.2 percentage point increase in liabilities. For that reason, the current coverage ratio only rose to a limited extent, from 115.4% to 115.8%.The policy coverage increased from 111.2% to 113.4%.

The company pension scheme for KLM pilots has granted its members full indexation of 1.4%. The increase was derived from the index of collective wages in the private sector.

Equities produced the highest return in 2017 also for KLM fund, whose liabilities increased in the last quarter. This led to a slight decrease in its current coverage ratio, from 129.8% at the end of the third quarter to 129.5% at the end of the fourth.

Unlike PostNL and the KLM pilots fund, KPN doesn’t publish quarterly figures. The policy coverage is known, however, and stood at 118.1%. The actual coverage ratio in the fourth quarter was 120.2%, which is 0.1 percentage point higher than the end of the third quarter.

BPF Vlakgas, the pension fund for the Dutch sheet glass industry, is looking to merge with a larger pension fund despite difficulties with another sector fund that could stymie its plans. 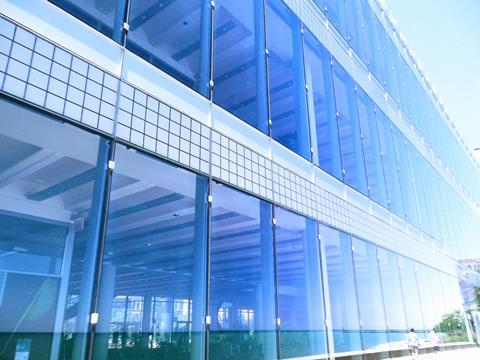 Martin Meijer, independent chairman of the sheet glass industry fund since September last year, explained the plans in the fund’s newsletter. At the end of 2017 the €770m sector scheme had an average ‘policy coverage’ of 96.7%. The policy coverage is the average funding level over the previous 12 months, and the main criterion for rights cuts or indexation.

In the newsletter, Meijer stated that merging is the pension fund’s preferred option. Remaining independent was the second option.

Vlakgas’ plans to merge with Pensioenfonds Nederlandse Groothandel, the Dutch scheme for employees in the wholesale industry, ended in 2016 in disagreement over the demarcation between BPF Schilders, the sector scheme for painters and decorators. In the event of a merger, the compulsory scheme membership in the window industry needs to be amended, to which the painters’ scheme objected.

The social partners from both sectors have been in talks with each other for years to find a solution to this dispute, but still haven’t reached an accord.

“This creates an obstacle to a possible merger with another fund,” Meijer said. “We as a pension scheme cannot do anything about this – it’s up to the social partners. I assume a solution will be found within the foreseeable future. This situation is not desirable for either of the two sectors.”

The Vlakglas scheme, which has 25,000 members including close to 9,000 active members and pensioners, struggles with a low funding ratio and relatively high administration costs. If the policy coverage does not exceed 104.4% by the end of 2019, the scheme will have to cut its pensions in 2020. The fund spent €337 in administration costs per scheme member in 2016 (this includes active members and pensioners).

“These costs fell sharply in 2017 and are expected to decline further in the coming years”, Meijer said. AZL is the pension fund administrator.

Ground personnel will accrue their pensions in the general pension fund (APF) Stap from the start of this year. Cabin crew will transfer to BeFrank, the Premium Pension Institution (PPI) that has been managing the Transavia pilots scheme since 2016. A PPI is a vehicle offering a defined contribution (DC) plan for the accrual of additional pensions.

Pension fund Transavia has been one of the few multi-company schemes (multi-OPF) in existence in the Netherlands. The split was already in the air because the employer planned to close one of the two compartments. At the same time the reinsurance contract for both compartments expired at the beginning of this year. A multi-OPF manages separate pension asset pools, cordoned off from each other along the lines of the original pension funds that have coalesced in the multi-OPF.

The collective bargaining partners opted for a transfer of the ground crew to Stap, the APF that is a joint effort between Aegon and pension fund administrator TKP. Cabin personnel have started to accrue their pensions in an individual DC scheme with BeFrank. Transavia’s pilots have been connected to this PPI since 2016.

The ground and cabin crews’ accrued pension benefits remain with the Transavia multi-OPF. These entitlements have been reinsured with Nationale Nederlanden and Aegon. In October last year their pension rights increased by 1.57%.