Dutch pension manager PGGM has joined a consortium tasked with reinforcing the Afsluitdijk, the large dam and causeway closing off the former Dutch Zuiderzee from the Wadden Sea.

PGGM is participating through its joint venture with construction company BAM.

The €921m project has a duration of 25 years and is and aimed at constructing, maintaining and financing the Afsluitdijk. It is to be carried out by Levvel, a consortium also comprising Van Oord Aberdeen Infrastructure Partners and consultancy RebelValley.

According to Rijkswaterstaat, the government department for waterways and public works which commissioned the project, three consortia had tendered for the job.

Levvel’s responsibilities include strengthening of the 32-kilometer dam – completed in 1932 – and install pumps to drain away water to the Wadden Sea.

The consortium will also construct a new cycle path along the Wadden Sea.

The Afsluitdijk reconstruction is a public private partnership project, including a government contribution and bank financing.

PGGM said that it would contribute 40% of the assets required for the project, comprising “dozens of millions of euros”.

It said the investment would provide “stable and long-term returns against a modest risk”.

Earlier this month, the joint venture of PGGM – the asset manager of the €197bn healthcare scheme PFZW – and BAM was commissioned to widen the motorway A10-A24, north-west of Berlin, Germany.

The €650m reconstruction also comprised financing, maintaining and managing the motorway. PGGM and BAM have been granted a 70% stake in the project

The joint venture was also involved in the €600m construction of new sea locks in IJmuiden, which has turned out to be much more expensive than planned.

However, this mainly came at the expense of BAM, which has made a provision of almost €70m for setbacks. PGGM has said that, as financier and future operator of the project, it would not suffer from delays and higher construction costs.

Approximately 4,000 staff from the Dutch poultry industry are to join the €2.2bn sector pension fund for butchers (Slagers), increasing its active participants by 30%.

According to the FNV union, the agreement for pensions accrual formed part of a new collective labour agreement, which is to come into force as of March. 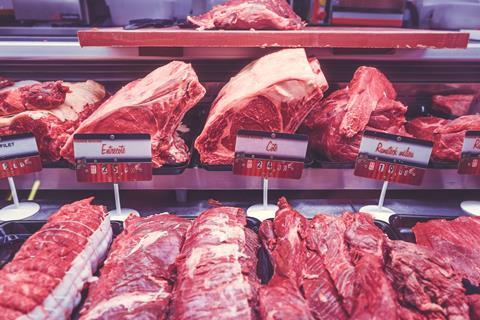 Slagers, the Dutch butchers’ industry scheme, is to add 4,000 members

John Klijn, also a trustee of the union, said that until now, poulterers’ staff usually lacked a pension plan or had poor insured arrangements.

In his opinion, increasing Slagers’ active participants was also “an opportunity” for the butchers’ scheme.

“The difference with VLEP, the scheme for the cold meat industry, is clear, as a company processing more than 5,000 kilos of meat a week, is subject to mandatory participation in the industry-wide pension fund,” he said.

Although the scheme for the retail sector (Detailhandel) also considers poulterers as affiliated shops, Klijn didn’t expect problems here either.

“No more than a handful of poulterers have joined Detailhandel, but they will move to Slagers next year,” he said.

The industry-wide pension fund has outsourced its administration to AGH. Its assets are managed by Kempen Capital Management.

Agreement against double taxation between Netherlands and Belgium

Dutch and Belgian tax authorities have reached an agreement to prevent double taxation of Dutch pensions in Belgium.

In a letter to parliament, Menno Snel, Dutch state secretary for finance, said that the Netherlands wouldn’t levy income tax on these pension benefits if Belgium charged “sufficient” tax.

As of 1 January, the Dutch tax authority introduced a levy on pensions of more than €25,000 as a consequence of Belgian case law that had made it unclear to the Dutch Inland Revenue whether pensions would be taxed sufficiently in Belgium.

The measure affected 1,300 Dutch pensioners in Belgium and Belgian pensioners receiving benefits from a Dutch employer.

This had resulted in situations of double taxation, according to Snel.

He said that the agreement would allow the Dutch Inland Revenue to charge if the tax in Belgium was deemed too low. Belgium would refrain from double taxation in these cases.

According to the state secretary, the Dutch and Belgian tax authorities would also start exchanging information to prevent double taxation as well as double non-taxation.