Details about a new UK pensions industry group linked to the government’s green finance strategy have been announced this week.

In July the government announced it expected large asset owners and listed companies to report on climate change risk in line with recommendations from the Task Force on Climate-related Financial Disclosures (TCFD) by 2022.

The group has met at least four times since July, IPE understands, and this week an announcement from law firm Sackers, whose partner Stuart O’Brien chairs the group, said the working group was planning to publicly consult on the draft guidance early next year.

It was also more specific about what the guidance would be about, namely on how pension trustees can address climate-related financial risks as part of their governance processes, building on the TCFD recommendations. 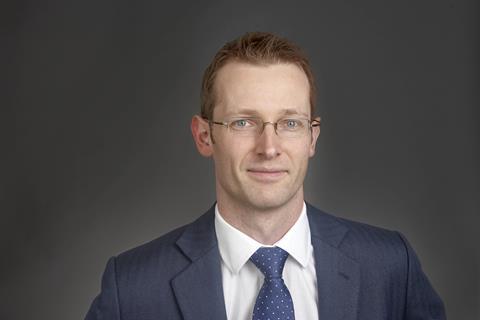 “The group’s role is to provide practical and accessible guidance to help trustees of all schemes integrate, manage and report on climate risk as part of their investment governance”

O’Brien said that, to date, the way in which trustees might approach managing the financial risk of climate change “has not been universally understood or acted upon”.

“The role of the [industry group] is to provide practical and accessible guidance to help trustees of all schemes integrate, manage and report on climate risk as part of their investment governance – and to use the TCFD framework as a tool to do so,” he said.

PLSA, DWP, BEIS and others

The Pensions & Lifetime Savings Association (PLSA) has been appointed to the working group, which includes representatives from the Department for Work and Pensions, the Department for Business, Energy and Industrial Strategy, TPR, and a number of other pensions industry and civil society bodies.

The PLSA said the targeted guidance for asset owners was “to support them in complying with the 2022 requirements outlined in the green finance strategy”.

According to the announcement from Sackers, TPR will eventually incorporate the key requirements into the governance code required by regulatory changes made this year.

As of the beginning of October, trustees of most schemes have to document their approach to financially material considerations, including those relating to environmental, social and corporate governance factors, within their statement of investment principles documents.

Some pension funds voluntarily report on climate risk in line with the TCFD recommendations.

In a speech to member-nominated trustees last week, pensions minister Guy Opperman said pension fund trustees should not wait for 2022 to disclose in line with the TCFD recommendations, and that in his view TCFD-aligned reporting should be mandatory.

The Financial Conduct Authority has contemplated requiring regulated asset managers to report on how they manage climate risks. Recently, however, it indicated that although there “is a case to consider developing rules in this area” it would be prioritising disclosures by issuers, i.e. companies.