Inadequate greenhouse gas emission disclosures could mislead investors and undermine initiatives aiming to address climate change, according to a new project aiming to tackle the problem.

Launched in Dublin yesterday, the 100% Club is a joint academic and industry initiative attempting to challenge companies around the world to take responsibility for disclosing all of their annual Scope 1 greenhouse gas (GHG) emissions.

Scope 1 emissions are direct emissions from sources owned or controlled by companies – as opposed to indirect emissions, such as those stemming from the use of a company’s products.

According to the 100% Club, out of thousands of listed companies that report a number for their Scope 1 emissions, in 2016 only 20 disclosed all such emissions.

Some companies that were not quite able to capture all of their Scope 1 emissions for technical reasons were admitted to the organisation’s list, provided they made a “quantitative statement of completeness”. According to the 100% Club’s criteria, at least 95% of emissions must be measurable.

Charles Donovan, director of the Centre for Climate Finance and Investment at Imperial College Business School, one of the founding institutions, said incomplete emissions reporting data prevented investors from being able to properly manage the financial risks associated with climate change.

“Completeness matters because investors are seeking to understand how companies within a sector are adapting and changing, or not”

“This is why [completeness] matters, because investors are seeking to understand how companies within a sector are adapting and changing, or not,” he told IPE. 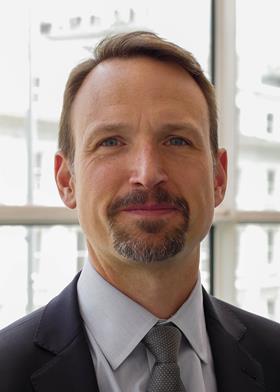 “We are in a confusing position, where you have all this information but people are still saying they can’t make decisions based upon it,” he said.

He added that he had yet to see a commercial index that, in his opinion, “represents what we understand to be the real financial risks associated with climate change and accurately ranks companies accordingly”.

Andreas Hoepner, professor in operational risk, banking and finance at University College Dublin and working with Donovan on the 100% Club, also highlighted the implications of inadequacies in GHG reporting for climate change-related efforts being undertaken by asset owners.

“To provide asset owners any chance of aligning their portfolios with climate goals scenarios and responding thoroughly to [the Task Force on Climate-related Financial Disclosures], it is paramount that the vast majority of corporations listed on equity or bond markets take complete and public accountability of their Scope 1 GHG emissions,” he said in a statement.

How does it work?

The 100% Club aims to promote complete GHG emissions disclosure by recognising and “celebrating” those companies that meet its criteria.

To get onto the organisation’s list of complete reporters, any company that reports 100% of its Scope 1 GHG emissions according to Bloomberg is invited to submit a statement of completeness to the 100% Club.

The 20 companies that have been invited as “member companies” so far are from a range of sectors, including pharmaceuticals, banking, and oil and gas.

Donovan said the initiative was focusing on Scope 1 emissions as a first step because it wanted to be “patient”.

The initiative was not about adding to companies’ reporting burden, he emphasised, but about asking them to check the emissions information they do report for completeness.

In some cases it transpired that all companies would need to do is self-certify the completeness of their data, just as they would with respect to financial statements.

“We will probably find some companies that have to spend about five seconds to get onto our list, but it’s a crucial threshold to pass,” said Donovan.

This article was updated to correct Andreas Hoepner’s title