The German financial supervisory authority, BaFin, is accepting distribution notifications from UK investment funds before the end of the Brexit transition period on 31 December, according to a note included in its December magazine.

The regulator wants to underpin business continuity of sales activities of UK funds in Germany, it said.

After the end of the transition period, UK investment funds can no longer be sold in the European Union under so-called passport rules.

The distribution of ownership in investment funds in Germany and in other countries of the European Union is only possible if a UK fund has signed a bilateral, third country distribution notification procedure, BaFin said.

The distribution notification procedure for former UCITS funds domiciled in the UK is based on section 320 of the German Capital Investment Code (KAGB). 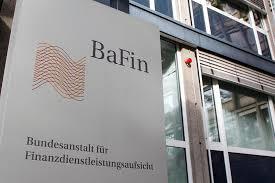 Section 320 states that the management company of a EU or foreign Alternative Investment Fund (AIF) has to notify the BaFin if it intends to sell stakes or shares in a fund to private investors.

For special AIFs from the UK, the notification procedure is based on section 329/330 of the Capital Investment Code. Special AIFs are alternative investment funds that may only be sold to professional and semi-professional investors.

In the journal, BaFin also noted it would apply guidelines issued by the European Securities and Markets Authority on performance fees in UCITS and certain types of AIFs.

The aim of the guidelines is to create coherent, efficient and effective supervisory practices within the European System of Financial Supervision, BaFin said.

The guidelines should guarantee that performance fee models used by management companies comply with the principles of acting “honestly and fairly” in conducting business activities and acting with necessary expertise and diligence in the best possible interest of the fund they manage.

This is to prevent such fund and investors from being burdened with unreasonable costs, said BaFin. The guidelines are also intended to define a common standard that regulates the disclosure of performance-based fees for investors.

In the UK, the Financial Conduct Authority yesterday announced it had published the final onshoring instruments and so-called “temporary transitional power” (TTP) directions that will apply at the end of the Brexit transition period.

The FCA’s approach to using the TTP means that for most requirements, asset managers will not need to comply with changes to their regulatory obligations resulting from Brexit onshored legislation from the end of the transition period. Instead they will have until 31 March 2022 to ensure compliance.

In areas such MiFID II transaction and EMIR reporting, however, the FCA has said onshored obligations should be met by the end of the year.