BMO sees stable long-term returns if depression can be avoided

As long as the COVID-19 crisis doesn’t escalate into a full-out depression and inflation remains at 1%, investment returns could, overall, be relatively stable over the next 15 years, according to BMO Global Asset Management.

He said the prediction was based on a market consensus that growth in the euro-zone is -8% in 2020 and economic recovery follows next year.

Noorman added that BMO had also factored in “compensating developments”, citing widening spreads for high yield credit as well as market profit when spreads come down to normal levels subsequently.

He said BMO expected the best returning asset class in the next 15 years to be emerging markets equity, with gains of up to 7%.

However, the CIO highlighted the importance of investments without a direct link to the economy, to anticipate economically opposing scenarios.

As examples, he mentioned catastrophe bonds and the purchase of “caps and floors” in order to hedge inflation risk.

Noorman noted that developments so far had “frighteningly much [more] similarities” to the depression of the 1930s, but that central banks’ policy now wass the mirror image of the measures taken at the time. “This could prevent a depression and deflation.”

BMO also looked into a stagflation scenario, as happened in the 1970s triggered by strongly rising oil prices. It concluded that deglobalisation would lead to a more stable economy, but lower growth as well as the risk of rising inflation for the long term. 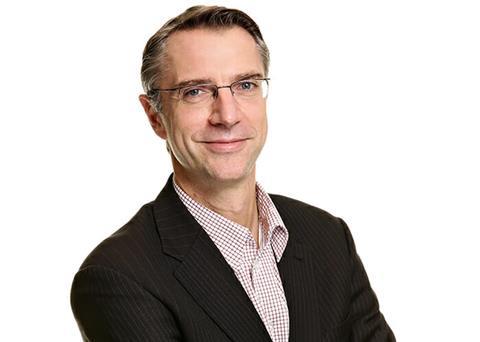 Deflation and stagflation would require a different investment approach, he pointed out.

Hartwig Liersch, CIO at the €80bn metal scheme PMT, said that his pension fund was also looking into a scenario of extreme inflation of up to 10% – combined with high and low interest rates – as this would be a potential way for governments to reduce debt.

PMT also wanted to know whether investing in inflation-linked bonds would come at the expense of potential returns in other asset classes.

Liersch said the metal scheme is considering investing in commodities as well as illiquid assets, such as real estate and loans, as these are expected to deliver better returns as well as the option of a tailor-made approach.

He added that private equity remains a potentially attractive asset class because of expected valuation levels after the crisis.

PMT’s CIO noted that there was still too much uncertainty for predictions and that he would prefer to adjust to developments. “For the long term, we must see what has to change and what can be changed.”

“For the long term, we must see what has to change and what can be changed.”

Anne Gram, professional pension fund trustee and internal supervisor, warned that increased investments in credit and high yield would increase the vulnerability of the system, arguing that low interest rates are an incentive to take on more debt.

She argued that sustainable investment is a better alternative, adding that real estate and infrastructure are also attractive options, as long as debt of companies and countries is taken into account.

Noorman added that high debt levels could also affect risk premiums of government bonds, which could cause a negative performance, and that interest swaps pose a lower credit risk.

In Gram’s view, pension funds should remain close to their strategic investment policy for now, and assess the impact of the crisis before adjusting their approach.

She noted that many pension funds had brought forward a new asset-liability management study (ALM) covering the next 15 years, and observed that some schemes are also assessing more extreme scenarios, including the one of the great depression of the 1930s.

A poll among the seminar’s participants suggested that a majority expect ’stagflation’ and ’back to normal’ as the most likely scenarios for the coming years.