The transaction, which was agreed in December, will grant its members the right to additional pension increases in the event of high inflation, further enhancing their long-term financial security, it was announced.

Standard Life said it saw 2021 as a record year for BPA activity and said this follows on from a £1.8bn buy-in deal with Imperial Tobacco Pension Fund disclosed last week.

The assets underlying the Gallaher contract will be used to continue Standard Life’s investment into UK infrastructure and socially responsible projects that are vital to the UK’s post-pandemic recovery.

The transaction represents the first bulk annuity contract secured by the Gallaher trustees, who were advised by Aon and Hogan Lovells. DLA Piper advised Standard Life.

Robert Thomas, trustee director at Law Debenture and chair of the scheme’s trustees, said: “The additional inflation provisions provide great long-term income protection for members in their retirement, which I am sure they will particularly value at this time of rising inflation.”

This year is set to be the biggest on record for pension scheme de-risking, with £65bn of bulk annuity and longevity swap transactions anticipated to complete, according to Willis Towers Watson (WTW).

Bulk annuity transactions – also known as buy-ins and buyouts – will make up £40bn of the anticipated total, while longevity swaps are expected to complete the remaining £25bn, according to the consultancy’s latest de-risking report.

According to WTW research, one in three (30%) pension schemes anticipate de-risking their liabilities in the next three years, and 2022 is likely to be a peak year due to a combination of competitive market pricing, pent-up demand from the pandemic and competition between insurers and reinsurers seeking to fill their expanded targets.

Sadie Scaife, senior director in WTW’s transactions team, said: “We know that the market conditions are likely to be favourable this year and the demand from pensions schemes is there, which is why we’re predicting 2022 to be the biggest ever year for pension scheme de-risking across both bulk annuity and longevity swap markets.” 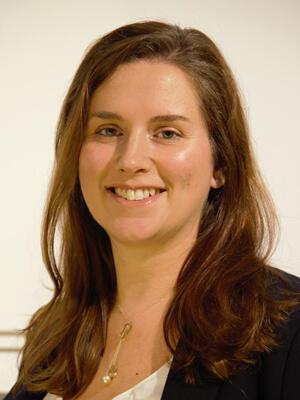 She also expects a gradual trend towards full buyouts to continue, as schemes mature and funding levels improve, but also as PPF+ cases complete transactions.

“In these busy market conditions we expect insurers and reinsurers to become more selective about which opportunities they will commit resources to, with schemes needing to be flexible on timescales if they want to maximise competition,” Scaife said.

“The number of completed transactions is expected to be similar to the 150 deals we saw in 2020. Competitive pricing from insurers was a major driver again as more well-funded schemes sought to conclude their journey plan by de-risking their liabilities in the insurance market,” Scaife said.

“The consistently good pricing we’re seeing for clients has been largely due to increased allocations to illiquid assets in insurers’ investment strategies, but also because of better longevity pricing in the reinsurance market,” she said, adding that there has also been a lot of innovation in the market this year, including the first longevity swap to cover predominantly deferred members.