PMT and PME, the Dutch pension funds for the metal sector, said they were worried about the development and timely delivery of a new system for pensions administration by MN, their joint provider and asset manager.

In their respective annual reports for 2019, the schemes indicated they weren’t entirely convinced whether MN would be able to successfully complete the project, a slimmed down version of a much grander scheme that failed to deliver three years ago.

Since then, MN has started developing a fundamental upgrade aimed at an agile and modern system for tailor-made services for both pension fund participants and employers.

The first part – a “mid office”, with systems for basic administration – was scheduled to be launched this summer. It is to be followed by a new back office in the coming years.

However, PMT noted that, despite a successful test in October, no new functionality had become operational yet.

The €80.3bn pension fund for the metal-working and mechanical engineering industry, said it was thoroughly monitoring the progress as well as the quality of the upgrade.

It added that it had intensified its contacts with the provider about the delivery of the final products, risk management as well “MN’s ability to actually carry out the upgrade”.

According to the metal scheme, supervisor De Nederlandsche Bank (DNB) had also announced that it would step up its supervision of the upgrade process.

The €52bn PME, in turn, said it was “seriously worried” about MN’s ability to deliver, adding that it deemed affiliated risks as “high”.

The scheme for metal and electro-technical engineering said DNB had concluded that the IT upgrade “was still short of expectations, and didn’t yet instil confidence in a controlled and sound pensions administration”. 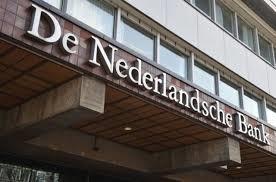 In 2014, MN had started an ambitious €70m plan for operational improvement, called MN 3.0. Three years later, it became clear that MN had written off €15m on the project as it had largely failed to deliver.

At the time, both metal schemes said they were satisfied with the provider’s decision.

PMT and PME have more than 2.2 million participants, pensioners and deferred members in total, affiliated with 35,400 employers.

In a response, an MN spokesman said the introduction of the new mid-office had been delayed due to an “additional complexity of linking new and existing systems”, and that the provider expected to deliver the upgrade no later than early next year.

He said that MN would start developing the back office upgrade this year, and highlighted that it was a multi-phased project that would take up several years to complete.

He added that the project would be assessed for the impact of the new pensions agreement while it was being carried out.

MN declined to provide details about the project’s budget.

However, it noted that the effect of declining interest rates on its liabilities was damaging, as its funding level had dropped by 4.7 percentage points to 97.6% at year-end.

The surplus yield – 1.4% on average since 2014 – is primarily destined for indexation, but has been used for improving the scheme’s financial buffers during the past years, PMT explained.

It said its inflation compensation in arrears had increased to more than 20% for active participants.

As for PME, it posted an annual return of 18.3%. Its 47% matching portfolio generated 15.3%, with long-duration government bonds and investment grade emerging market debt delivering more than 10% and 5.9%, respectively.

It said it had decided on a new strategic investment policy for the period 2020-2025, aimed at decreasing its fixed income holdings from 50% to 40% in favour of high yield and real estate investments, which are to be increased to 15% and 10%, respectively.

It will also gradually raise the interest hedge of its liabilities from 40% to 60%.

The pension fund added that it had started building a portfolio for short-duration government bonds and credit, meant for “quick and cheap” availability of liquidity for collateral as well as temporarily absorbing surplus liquidy.

PME also said it will increase its allocation to real assets from 1.3% to 5%, in part through investments in clean energy. It already has stakes in forestry and infrastructure.

The metal scheme closed the year with a funding level of 96.9%, falling further to 95% at the end of March.

Both metal schemes could avoid rights cuts this year, following social affairs’ minister Wouter Koolmees’ decision to grant pension funds with a coverage ratio of more than 90% a temporary exemption from a mandatory pensions reduction in 2020.