Gabellieri stepping down as secretary general of AEIP

Bruno Gabellieri is stepping down as secretary general of AEIP, the European Association of Paritarian Institutions of Social Protection, after 25 years in the role.

He announced the decision at the AEIP general assembly yesterday, and was nominated as an honorary AEIP member by the Brussels-based association’s board.

Pisa is also vice president of the board of AG2R La Mondiale, a major French social protection group, and a member of the French accounting standards authority ANC.

Katja Bjerstedt, nominated by the Finnish Pension Alliance (TELA), was appointed vice president by the AEIP general assembly. She is chief economist at the €52.9bn Finnish mutual pension insurer Varma.

For his part, Gabellieri will not be directly replaced as the association has made some changes to its governance model and the position of secretary general no longer exists. His responsibilities will be divided between the president, vice president and executive director.

Gabellieri, a former academic lecturer with a PhD in law, was one of the founders of AEIP, which was established in 1996 by four paritarian funds – Assoprevidenza (Italy), BKK – Bundesverband (Germany), Technical Centre for Provident Insurance Undertakings – CTIP (France), and Integrale (Belgium). 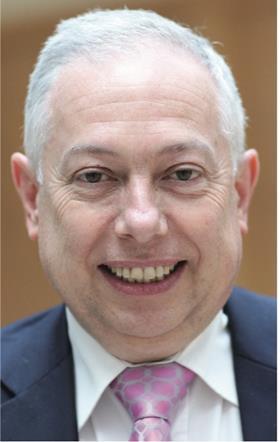 His participation in various European-level advisory groups on behalf of AEIP and in numerous projects and research initiatives on topics linked to the modernisation of social protection had expanded the policy discussions in Brussels, “always highlighting the added value of the paritarian model,” said AEIP.

“AEIP staff and members express their appreciation for the enthusiasm, leadership, and dedication of Mr Gabellieri and highly value his numerous achievements in AEIP for the benefit and the promotion of the paritarian social protection model in Europe,” the association said. “We wish Mr Gabellieri lots of success in his future endeavours.”

Gabellieri was also one of the driving forces behind the creation of the World Pension Alliance, a global partnership gathering the main advocacy associations representing pension plans and providers.

He said: “AEIP and its members have a specific place in the context of social protection, which makes it a unique actor in Europe’s decision-making. AEIP can be a key player for contributing to social Europe.

“On one hand, paritarian institutions are social protection providers, ensuring the balanced and efficient functioning of complementary, solidarity-based, national social protection schemes. On the other hand, as social protection funds we are also among the largest and fastest growing investors in the European and global capital markets, allocating long-term capital efficiently across sectors.”

Pension funds are key to the recovery from COVID-19, write Bruno Gabellieri, chair of the World Pension Alliance, and Eva Scheerlinck, vice chair