The draft law for the German government to reform the pension equalisation mechanism in case of divorce – Versorgungsausgleich – will likely make pensions providers work harder.

Employer-funded pension schemes will become more expensive and more complicated, he said, adding that the goal of the government to promote a wider spread of occupational pensions does not match the proposed reform.

The Pension Equalisation Act, Versorgungsausgleichsgesetz, was the target of major structural reform in 2009. It foresees an external and internal division of pensions benefits in the event of a divorce to ensure a fair share of pension assets earned during a marriage for the couple.

According to the new draft of the Ministry of Justice and Consumer Protection, pension providers can demand the external splitting, without the consent of the person entitled to compensation, only “if certain value limits are not exceeded”.

The values of “several components” of occupational pensions will have to be summed up with an eye on the limits.

“This limits the scope of application of the external division,” Hufer said, noting that it will lead to an increase in internal divisions, administrative efforts and costs for company pension providers.

A company pension provider must include the person entitled to compensation in its own pension scheme with the internal division.

Klaus Stiefermann, managing director at Aba, the German occupation pension association, agrees: “The changes will make occupational pensions more expensive for companies and pension schemes, adding further burdens, and it is demotivating for the companies.”

The draft law tends to grant the interests of persons entitled to compensation “to a very large extent,” he said, adding that its goal is to close “justice gaps at the expense of the providers”. 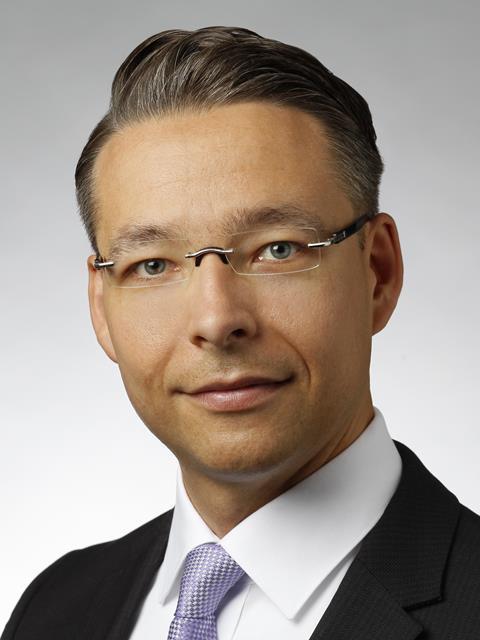 Limiting the scope of the external divisions can also have an impact on potential positive returns.

“Persons entitled to equalisation can receive a higher pension benefit as a result of the external division, compared to an internal division, if choosing the Deutsche Rentenversicherung (DRV), [the administrator of state pension scheme], as the target pension provider,” Hufer said.

A person entitled to compensation can lose up to a maximum of 10% of their pension benefit with an external splitting compared to the internal division.

But the constitutional court, Bundesverfassungsgericht, ruled that losses caused by the transfer of company pension benefits after a divorce through so-called “external divisions” can be unconstitutional.

The reform would also contradict the principles discussed at the time of the structural reform in 2009 relating to reducing the burden for providers, Stiefermann said.

“This is not reflected in the increasing complexity, which is also due to the changes proposed in the draft bill,” he said.

For Hufer, not only the principle of “burden-neutrality” on pension providers fails with the new bill, but also the costs for compiling information for family courts will double.

The new law foresees that the person entitled to equalisation has the option either to accept the value of the equalisation at the time of divorce, receiving a reduced but individual entitlement, independent from the person liable for compensation, or can claim equalisation after divorce.

The mechanism of a division based on a capital value in the current law is structurally designed to avoid a further burden on the pension provider, “but a second equalisation mechanism is not”, Hufer added.

“A different set of information is required for the two mechanisms. As a result, the pension providers have to do more work to provide information to a family court,” he said.

Further changes to Versorgungsausgleichsgesetz have been discussed following the major structural reform in 2009, through a panel of experts in 2017, Stiefermann explained.

“Some of the suggestions made there are reflected in the draft. Most of the content in the draft law is thus not surprising, but what was surprising is the timing of the draft: There was no forewarning.” he concluded.