The pension fund for the Netherlands’ social security provider UWV is the first Dutch scheme to introduce a Paris-aligned Benchmark (PAB), having set a 50% CO2 reduction target for 2022.

The PAB aims to bring investments in line with the Paris Agreement to limit global temperature rises to below 2°C and includes a commitment to climate neutrality by 2050. The benchmark introduced by UWV, which pays out unemployment and disability benefits on behalf of the Dutch state, encompasses all investment categories, said Marcel Snijders, the fund’s director.

In this, UWV goes further than AP2 – the Swedish pension fund announced the adoption of a PAB last year, but only for its foreign equities and corporate bond portfolios.

The PAB bans investments in companies that have more than 1% of their turnover from thermal coal, 10% from oil and/or 50% from natural gas, thereby in effect excluding the entire fossil fuels industry from its investment universe. Utilities that are dependent on fossil fuels for more than 50% of revenues are also ruled out.

In March last year UWV, which in principle is a passive investor, had already made the switch to a MSCI ESG Leaders Index for its developed markets equity mandate. This index only invests in the 50% of companies with the highest ESG ratings per sector.

The pension fund also already uses ESG benchmarks for its corporate bond portfolio. As a result of this, CO2 emissions have already been reduced by 31%.

This year, the pension fund will proceed to sell its investments in oil and gas companies, utilities with coal-fired power plants and miners with coal mining activities. UWV’s investments in high-yield bonds already emit 70% less CO2 than the benchmark, according to Snijders.

He said: “Our high-yield manager has an active investment style and hardly allocates to fossil fuels, even though the high-yield index has a relatively high exposure to the industry.”

This is especially the case for US high yield, a category UWV disinvested from last year. This is not directly related to the fund’s climate policy, but follows from “a desire to reduce complexity”, according to Snijders.

UWV has invested the proceeds of the sale in its European high-yield portfolio, which is managed by Danish asset manager Capital Four. 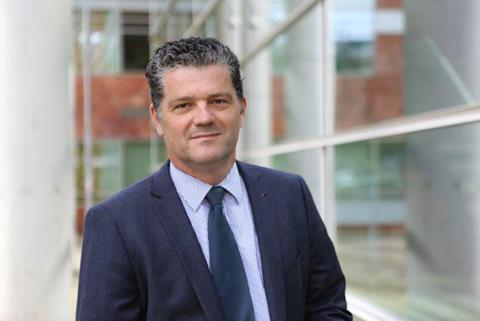 These additional measures guarantee UWV will reach its goal of 50% CO2 reduction by the end of 2022, said Snijders. The pension fund is also in the process of reducing the carbon footprint of its non-listed assets “by allocating to sustainable real estate funds and wind and solar farms in our infrastructure portfolio,” he added.

UWV is not the first Dutch pension fund to announce climate neutrality by 2050. The country’s largest two funds ABP and PFZW have already committed to this goal, with the latter aiming to reduce the net emissions of its investment portfolio to zero already by 2040.

Neither of these funds have, however, detailed how they will reach their targets. Both remain invested in fossil fuels for the time being, for example.

The PAB includes a requirement to reduce carbon emissions by an additional 7% each year, in order to reach the goal of zero emissions by 2050. UWV plans to meet this target by introducing additional filters based on the Sustainable Development Goals (SDGs) in its passively managed portfolios.

In this regard, Snijders specifically mentioned the possibility of introducing a CO2 filter, contributing to SDG 13 (Climate Action). “This way, companies with high carbon emissions get a lower weighting in the benchmark and consequently in the portfolio too,” he said, adding: “A consequence of this is that sector weightings could change within the benchmark.”

A final choice about adding SDG factors to the benchmark will be made at a later point in time.

Goodbye to linkers, Brazil and India

UWV pension fund has sold its investments in inflation-linked bonds and has re-invested the proceeds in its mortgage portfolio. According to the scheme’s director Marcel Snijders, ALM studies in 2017 and 2020 had shown the investment category had no added value for the pension fund.

He said: “With a view of reducing complexity we therefore decided to eliminate this small allocation (5.6% of the bond portfolio).”

The fund has also decided to exclude government bonds and bonds of state-owned enterprises of 10 emerging market countries as of September this year. The 10 countries are the largest violators of labour rights, according to the Global Rights Index of the International Trade Union Confederation (ITUC), said Snijders.

The pension fund invests in government bonds of seven of the 10 countries, including Brazil, Colombia, India and Turkey.