Institutional investors worldwide continue to finance the coal industry with holdings totalling over $1.2trn, according to the Global Coal Exit List (GCEL) published today by a group of NGOs including Urgewald, Reclaim Finance, and 350.org Japan.

Blackrock tops the ranking among asset managers with the highest amount of bonds and shares holdings in coal companies, according to the report at $108.78bn, split into $9.84bn for bonds and $98.94bn for shares, followed by Vanguard with $101.11bn.

Among European pension funds the Dutch civil service scheme ABP invests $5.37bn in coal holdings, the scheme for healthcare workers PFZW invests $184m, while the pension fund for the metals sector and the technological industry PME invests $208m. Sweden’s AP7 and AP4 invest $177m and $215m, respectively, according to the research. 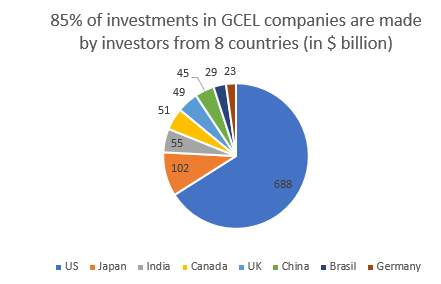 He added: “No one should be fooled by BlackRock’s and Vanguard’s membership in the Net Zero Asset Managers Initiative. These two institutions have more responsibility for accelerating climate change than any other institutional investor worldwide.”

Companies included in the GCEL represent 90% of the thermal and coal production and coal-fired capacity globally.

The firms included in the list generate a share of revenues from coal and a share of power production from coal of 20% or more, produce annual thermal coal of 10 Mt per year or 5GW of coal-fired generation capacity and develop new coal mines, new coal-fired power plants and coal-related infrastructure.

The research – conducted by not-for-profit Profundo – sourced mainly the financial databases Bloomberg and Refinitiv, data from IJGlobal, and looked at data on investments in bonds and shares of pension funds.