The largest 10 European pension funds ended 2020 with a greater allocation to equities and alternative investments, mostly at the expense of fixed income, according to IPE’s Top 1000 Pension Funds 2021, covering €9trn in assets for the leading 1,000 institutions.

In the year that will be remembered for COVID-19, most of the top 10 funds grew either their equity or alternative investments, including real estate, anticipating outperformance of those asset classes as the global economy recovered. 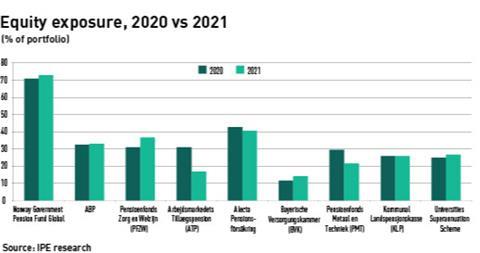 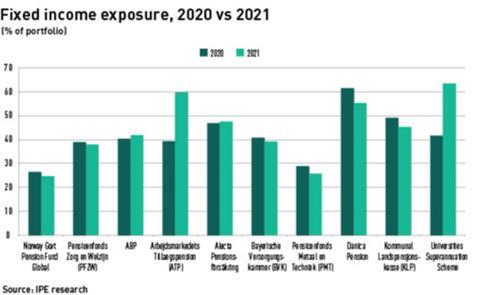 Aside from Norway’s Government Pension Fund Global (GPFG), which adopts an index-based strategy investing 72.8% of its assets in equities, the largest equity investors among the top 10 funds are Sweden’s Alecta (40.5%) and Dutch giants PFZW (36.5%) and ABP (33.1%). 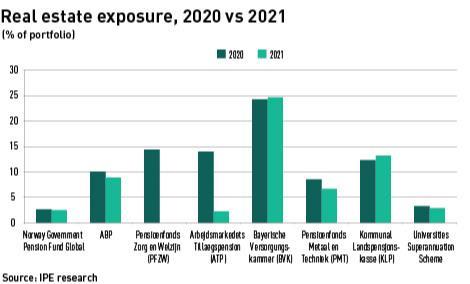 Germany’s Bayerische Versorgungskammer (BVK) has the largest allocation to real estate (24.7%) and alternatives (21.9%), followed by ABP, which had 19.2% of the portfolio invested in alternatives at the end of last year. 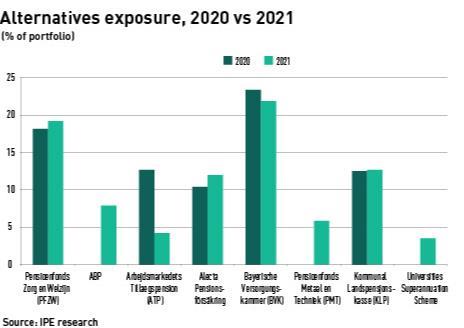 However, the large swings in asset prices last year saw Denmark’s largest fund, ATP, shift away from equities and towards fixed income, due to the fund’s risk-parity approach.

Overall assets in the IPE study increased by 9.8% to reach €9.09trn, with the UK at €2.15trn, followed by the Netherlands at €1.66trn and Norway at €1.28trn, including the Norwegian Government Pension Fund Global. 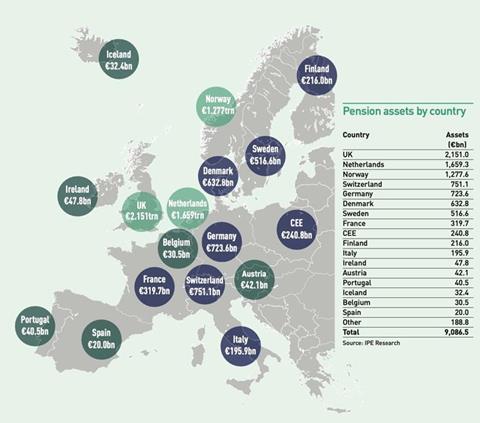 The Bayerische Versorgungskammer (BVK) topped the ranking once again as the largest pension fund in Germany, managing assets of €97.2bn as of December 2020, up from €91.9bn as of June last year.

With €17.3bn in assets, the FRPS set up by Allianz, Allianz Retraite, now sits comfortably in the top 10.

A new entry in the Top 1000, it accounts for nearly the entirety of the jump in the AUM recorded for France in the IPE guide. Stay tuned for the October edition of IPE magazine for more about these vehicles.