ISSB to consult on workplan, strategic direction ‘by the end of the year’

The International Sustainability Standards Board (ISSB) plans to launch a public consultation on the shape of its future agenda later in the year.

Speaking during the board’s inaugural meeting on 20 July, technical lead Rommie Johnson said the plan was to issue a Request for Information (RFI) “by the end of the year.”

He added: “The public consultation on our agenda priorities is intended to ensure that the board’s forward look, forward looking work plan and allocation of resources is as responsive as possible to market needs.

“[It] will lay out a proposed workplan for the ISSB’s initial two years and seek public input on a handful of key items.”

The board issued its first two draft sustainability standards for public comment in March.

Of those new board appointments, Faber said, two will be drawn from Europe and one from Japan. One of the European board members, he added, will be a preparer.

Faber said the board hoped to be in a position to name the new appointments in the coming weeks with them joining the board “probably by the end of Q3 [or] early Q4.”

In the meantime, staff will present a “first cut” of public feedback to the draft standards at the ISSB’s next meeting in September, with a view to signing off on them by year end.

Early indications are that the RFI it will address the:

One of the issues the ISSB will have to consider, the staff’s meeting papers explained, is the amount of time it devotes to work on its existing materials, such as the literature it inherited from the Sustainability Accounting Standards Board (SASB), and the proportion it allocates to developing new standards.

Finally, the consultation, again on current thinking, will seek comments on so-called other activities such as outreach work, supporting implementation and applying the new disclosure standards and digital reporting.

Staff have also proposed borrowing the International Accounting Standards Board’s (IASB) agenda consultation criteria such as the importance of an issue to investors and pervasiveness to identify relevant projects. 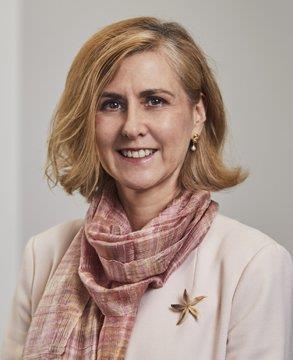 Staff said the board might want to add to and adapt these criteria.

They also explained that the next phase of their work will focus on defining “the scope of the proposals,” which might “involve additional research and consultation with the aim of building an understanding of key characteristics of potential projects.”

However, the 20 July meeting also heard that the board faces a number of practical challenges as it goes about building its workplan and priorities.

Vice chair Sue Lloyd said the ISSB must identify and prioritise those areas where sustainability disclosures are less well developed and in need of the board’s attention.

She said: “[H]ow do you choose which gaps are the biggest, the most important gap? And I don’t know how to do that. That’s something I think we need to collectively think about.”

Lloyd explained that while the draft climate-change standard was an obvious place to start, the next big project was less clear.

Finally, she said the board must be clear in the RFI that its focus was on an “enterprise value-relevant” perspective and not to the wider public-policy take on the issues it was consulting on.