The deal provides investment risk protection for the pensions of around 200 deferred members and 385 pensioner members.

APPs are a new de-risking solution that Legal & General developed and premiered in late 2019 as part of a £1.1bn de-risking deal for the AIB Group UK Pension Scheme (the deal was revealed in February 2020).

In exchange for an upfront premium, APPs provide pension schemes with a pre-agreed series of cashflows, selectively insuring against investment-related risks such as changes in asset yields, interest rates and inflation. Longevity and wider demographic risk protection can be added subsequently through conversion to a bulk annuity, but are not covered by an APP.

“At the simplest level an APP does the reverse of a longevity insurance contract,” said Frankie Borrell, head of client solutions at Legal & General Retirement Institutional. “It isolates and tackles investment risk and inflation risk, passing that to the insurer whereas the longevity and demographic risk stays with the pension scheme.”

Mark Jackson, partner, Lane Clark & Peacock, one of the advisers to the Legal & General Group UK Senior Pension Scheme, said the APP provided “an innovative stepping stone to buyout for the trustee”.

The scheme’s ultimate goal is said to be a full scheme buyout. Chris Martin of ITS, chair of the trustee, said the APP represented “a very significant moment in the scheme’s lifetime as we move closer to securing our members’ benefits”.

The trustee was also advised on the transaction by Redington, Gowling WLG and Premier Pensions. Legal advice was provided to Legal & General by Clifford Chance. 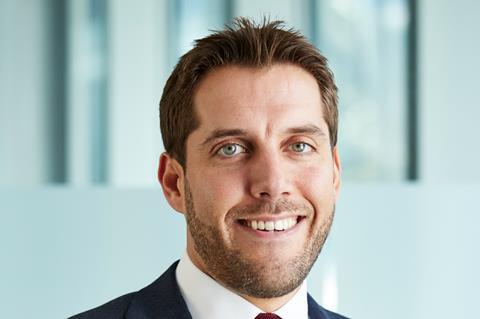 Beth Dunmall, senior vice president for Redington, said: “Having worked closely with the scheme over recent years on its investment strategy and to execute a number of strategic de-risking decisions, this latest transaction was a logical next step in the overall journey to meeting its funding objectives.”

IPE understands that no other insurer in the UK pension risk transfer market is thought to offer something similar to an APP at the moment.

“We’re seeing a lot of interest at the bigger end but we also think they work particularly well for smaller pension schemes where there is a disproportionate amount of resource and effort that goes into running the assets,” he told IPE. “What an APP does is it allows trustees to pass all that investment management burden to Legal & General whilst they maintain an oversight role.”