The trustees of Morrisons’ defined benefit (DB) pension funds have warned that acquisitions of the UK supermarket on the basis of current bids would “materially weaken” the existing sponsor covenant.

In a statement issued yesterday, they said this would be because of the introduction of additional debt secured with a priority claim ahead of the schemes on the majority of the Morrisons group assets, the related increased debt service burden, and potential future corporate activity, including the potential for refinancing and restructuring.

The board of Morrisons last week said it would be recommending a takeover bid from US private equity group Clayton, Dubilier and Rice (CD&R), which updated an initial offer following a rival bid from consortium led by Fortress Investment Group.

The pension schemes’ concerns apply to both bids.

“An offer for Morrisons structured along the lines of the current offers would, if successful, materially weaken the existing sponsor covenant supporting the pension schemes, unless appropriate additional support for the schemes is provided,” said Steve Southern, chair of trustees for the Morrisons Retirement Saver Plan and the Safeway Pension Scheme.

“We hope agreement can be reached as soon as possible on an additional security package that provides protection for members’ benefits.”

Both of the DB plans have a long-term objective to reach full funding on a buy-out basis in less than 10 years, but while a deficit on this basis remains, the schemes are dependent on the sponsor covenant. 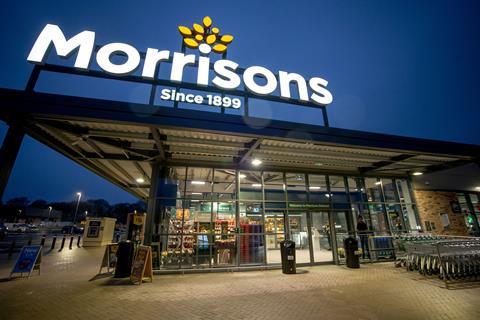 Both CD&R and Fortress have pledged to safeguard benefits in the supermarket’s two DB schemes. In their statement yesterday the trustees said they had been in discussions with Fortress since their offer announcement in early July, but that they and CD&R “have not had the same opportunity to progress discussions as yet”.

“A helpful introductory meeting took place between CD&R and the trustees immediately prior to the announcement of their offer on 19 August and the trustees look forward to productive discussions leading to agreeing an appropriate mitigation package with CD&R as soon as possible (and with Fortress should it continue to pursue an offer for Morrisons),” they said.

Responding to the trustees’ statement yesterday, CD&R said it intended to continue discussions with the trustees and that it “understands and accepts that the trustees consider this dialogue is likely to extend to considering arrangements which provide additional security to the schemes through an appropriate mitigation package”.

“Given their position as important stakeholder in Morrisons, CD&R looks forward to further positive engagement with the trustees and to providing the appropriate support to the schemes and its members,” the group added.

Legislation coming into force in October grants the UK’s pension regulator new powers that could see it intervene in more corporate actions such as mergers and acquisitions.

With regard to the Morrisons situation, it has said it is working closely with the supermarket schemes’ trustees and that “we note they are taking a robust position in terms of securing the best outcome for members in relation to the proposed transaction”.

”This is in line with our expectation that trustees act as the first line of defence for members,” it said.