Impact Cubed, a provider of analytics and investment solutions, has developed a model for measuring countries’ contribution to a more sustainable economy that it said removes the wealth bias found in conventional scores of sovereigns’ environmental, social and governance (ESG) performance.

Associated benefits, according to Impact Cubed, are that the approach removes the trade-off between higher ESG scores and yield, and supports “financing impact where it’s needed the most”.

Developed in consultation with leading asset managers in Europe and the US, the provider’s model quantifies countries’ alignment with the UN Sustainable Development Goals (SDGs).

From a potential list of more than 200 SDG performance measures, the provider curated a list of 29 factors, and then for each of them created an “empirical global pathway analysis” to determine the rate at which countries have historically progressed on each factor.

“By establishing these pathways you can see whether countries are achieving what they are expected to achieve based on the global experience of the countries that have gone through the same phases of economic development,” Antti Savilaakso, head of research at Impact Cubed, told IPE.

Rather than only measuring countries’ level of sustainability or focussing on the change they have achieved, Impact Cubed’s model makes country-level improvements in sustainable development comparable, he said. 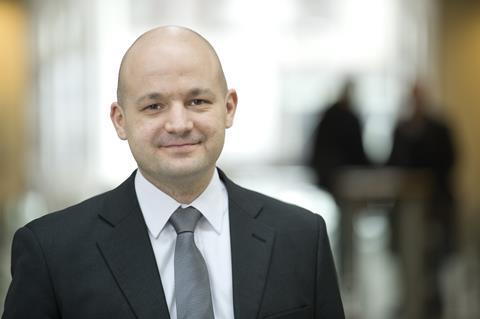 The pathway approach is what explains the majority of the differences between the results of the Impact Cubed impact model and those of traditional third-party ESG sovereign scoring, according to Savilaakso.

According to research recently published by the World Bank, there is a high correlation between providers’ sovereign ESG scores and a country’s national income, amounting to 81% for aggregate ESG.

The study’s findings, authors said, suggested that “ingrained income bias” was a plausible explanation for the convergence in sovereign ESG scores.

In a research paper, Impact Cubed said its approach avoided penalising less-developed countries that may have started at a lower level, and uncovered emerging market countries that are moving ahead faster than expected based on global history.

“Putting progress on an equal footing with the status quo creates a level playing field, and emerging market countries can compete with wealthier countries,” it wrote.

“It adds a level of understanding that I think previously had been unavailable in ESG scores that are being constructed across the spectrum.”

According to Yvette Babb, fixed income portfolio manager, emerging markets debt at William Blair in The Hague, overcoming the income bias in ESG sovereign scores is one of the biggest challenges investors are faced with.

She told IPE that the Impact Cubed model, with its development curve approach, is “very appealing”.

“You can ascertain whether a country is performing well relative to those historical experiences or relatively poorly, and you can see against its own development trajectory whether it is progressing or deteriorating,” she said.

“It adds a level of understanding that I think previously had been unavailable in ESG scores that are being constructed across the spectrum.”

Overall, he said the Impact Cubed model was looking to fill a need in the market to measure the impact of a sovereign portfolio on furthering the SDGs.

“What I like about their model is that they went through the 17 goals and found proxies that would give you a good sense of how well a sovereign is doing in meeting those goals,” he added.

With Impact Cubed’s model, investors can see the difference between countries that are leaders, laggards, catching up, and stalled on their level and pathway. Analysis using the model generated some surprising results, the provider said.

For example, Lithuania came out top of the impact leaders list. Nine of the top 20 countries on impact were in emerging markets, with only two of these, the Czech Republic and Estonia, being among the top performers based on publicly available country ESG scores from three leading data providers.

Other findings include that many countries that look good on conventional ESG scores, such as Australia, Austria, France, Iceland, Sweden and the US, are not in the top 20 on impact, with performance in many countries stalled on as many impact factors as they are leading on.

Among the top five debt issuing countries, the US, the largest debt issuer, is at the bottom of the impact list using Impact Cubed’s analysis.

This, said the provider, is troubling, suggesting that “sovereign debt portfolios overall are not financing progress on the SDGs in the most effective way”.