The yield differential between government bonds and swaps, the so-called swap spread, has increased to some 85 basis points over the last few weeks. This is the highest level since the euro zone crisis in 2011.

Pension funds can benefit from this anomaly by swapping expensive government bonds for cheaper swaps.

Pension funds tend to use a mix of government bonds and swaps to hedge their interest rate risk. Depending on a pension fund’s policy, portfolio managers have varying amounts of freedom to vary the allocation to each category.

It’s not unusual for swap rates and government bond yields to diverge. Especially in times of elevated market volatility, swap spreads tend to rise as government bonds benefit from their safe-haven reputation.

And that’s what has been happening recently. While the yield on 10-year German government bonds has risen rather modestly to 1%, the associated swap rate now stands at 1.85%.

“Swap spreads are now around levels last seen during the euro zone crisis in 2011,” said Jolien van de Ende, a rates strategist at ABN Amro. “This large swap spread means there is a lot of demand for safe-haven investments indeed, such as German but also Dutch government bonds.”

This means swaps are relatively cheap now compared to government bonds. “Therefore, switching from Bunds to swaps can be an interesting trade for pension funds to make,” said Van den Ende.

Max Verheijen of pension consultancy Cardano agrees, noting that pension funds that have hedged their interest rate risk via bonds have made considerably better returns than those that do so predominantly with swaps.

“I would like to tell these funds, ‘sell these bonds now, because they are very expensive. And buy swaps instead’,” according to Verheijen. 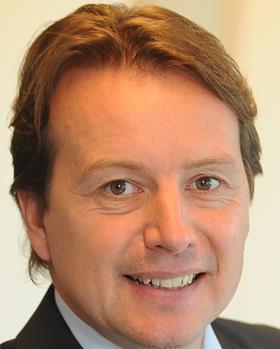 Cardano has done so already this year on behalf of some pension fund clients. “We tend to be active in this game,” said Verheijen. “We have been relatively overweight to swaps for a while now.”

The swap spread has increased even further over the last couple of weeks as the macroeconomic situation in the euro zone continues to worsen and the fighting in Ukraine shows no sign of abating.

“As a consequence, in hindsight it would have even been better to wait a little longer before switching from government bonds to swaps,” he added.

But not all pension providers see the benefit of exploiting the swap spread. For instance, APG executes the interest rate hedge of pension funds ABP and Bpf Bouw.

A spokesperson for APG told IPE that the swap spread “is not something we can anticipate on strategically”. She added: “This is certainly the case for our larger clients [such as ABP], for whom it takes a lot of time to make material changes to the portfolio.”

Pension provider PGGM sees an additional reason for the exceptional increase of the swap spread, next to the so-called safe-haven effect.

But there’s yet another factor at play, he added. European banks have recently paid a lot of long-duration interest rate swaps to manage their balance sheets. “This has led to a further increase of the swap spread.”

The ECB, which owns a growing part of the outstanding stock of euro zone government bonds, has not yet taken action to shrink its balance sheet. “In fact the ECB is still a net buyer of government bonds, and this keeps a lid on prices,” Mulleners said.