Triggering a political crisis at such a critical moment for Europe and Italy, with a potential exacerbation of the energy crisis in the next months caused by geopolitical tensions, is a “very serious mistake”, according to Giovanni Maggi, president of Assofondipensione, Italy’s pension funds association.

“The last thing Italy and the complementary pensions sector need now with all uncertainties – with the pandemic that is not over yet, the war [in Ukraine], energy costs, the difficulty to understand what will happen in autumn, especially for manufacturing companies – is a [political] crisis,” he told IPE.

Italy’s Prime Minister, MarioDraghi, former European Central Bank (ECB) president, offered his resignation last week after the Five Start Movement (M5S), one of the parties supporting the government, abstained from a confidence vote on the Decreto Aiuti (aid decree) – a series of measures to support families and companies during this period of crisis.

Industry-wide pension funds (fondi pensione negoziali) need stability, according to Maggi, who added that uncertainty and instability cause problems and the absence of a functioning government in a critical phase, without an authoritative prime minister like Draghi, is a “big danger”.

“The fact that Draghi’s government may collapse, with a consequent period of instability, regardless of what the president [Sergio Mattarella] will decide to do with regard to elections, is a very negative aspect for all players in Italy,” he said.

Italy has structural problems including public debt, inefficiencies that need to be solved, and the political crisis that is unfolding “without a motive” will worsen the situation, he said.

Governments in Italy tend to have short-term views, making it difficult to carry out long-term reforms of the complementary pension system.

Assofondipensione has for years been demanding from governments and ministries a new semester of silent consent (semestre silenzio assenso), with employees that would enroll in pension schemes by transferring the TFR – trattamento di fine rapporto, a severance package – without making a formal decision, giving a boost to the complementary pension system, Maggi said. 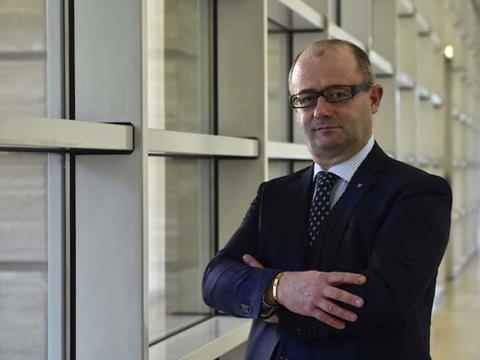 The association also supports the launch of campaigns to inform employees on the benefits of the complementary pension system, but “this has not been done”, while returns of pension funds are taxed 20%, he added.

Mario Draghi’s government is facing a confidence vote today and tomorrow in the Senate of the Republic and the Chamber of Deputies, the two houses of the Italian Parliament, that would clarify if there is still a solid political majority supporting the policies of the cabinet.

This morning, in his speech to the Senate, Draghi said that Italy needs a reform of the pension system guaranteeing a mechanism of flexibility with regard to retirement age and an architecture anchored to the system based on contributions.

A government led by Draghi would also give a guarantee on the NRRP (National Recovery and Resilience Plan), according to Maggi.

The collapse of the Italian government may derail the reforms under the EU Commission’s NextGenerationEU and the National Recovery and Resilience Plan (Piano Nazionale di Ripresa e Resilienza, NRRP) designed to use EU funds.

“By the end of this year we must reach 55 targets [of the NRRP] to receive a new installment of €19bn,” Draghi said in his speech, adding that by reaching the NRRP goals, Italy would show how reliable it is at EU level.

“If we do not show that we know how to spend these resources, we will not be able to ask for further tools,” he added.

The NRRP is in line with the six pillars of the Next Generation EU, allocating resources for €191.5bn on digitisation, green transition, infrastructure, education and research, inclusion and cohesion and health.