According to the Romanian Pension Funds’ Association (APAPR), the seven second pillar pension funds averaged a 12-month nominal, asset-weighted yield as of the end of 2019 of 11.8%, a nine-year high and well above the year’s 4% inflation rate.

The previous year the funds returned their lowest ever – and only sub-inflationary yield – of 1% compared to an inflation rate of 3.3%.

Investment profits (net of management fees) on the €13bn of pension assets managed at the end of 2019 totalled more than €2.6bn.

The troubles besetting the second pillar system were largely the result of the policies of the Social Democratic Party (PSD), which took power in 2016.

These included lowering the contribution rate from 5.1% to 3.75% and, via a government emergency ordinance (GEO 114/2018) introduced in December 2018, turning the hitherto compulsory second pillar platform into a voluntary system for subsequent contributions and imposing substantial hikes on second pillar pension fund capital requirements.

Following the loss of a no-confidence motion, the PSD was replaced last October by a centre-right minority government lead by Ludovic Orban, head of the National Liberal Party (PLN).

The PLN has already proved significantly more sympathetic to the second pillar than its predecessor. Earlier this year it introduced another ordinance (GEO 1/2020) that overturned most of the previous regulation’s pensions. 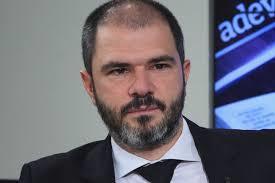 The capital increases have been scrapped, and the system has once again become compulsory. The latter change will have relatively little impact as only 500-odd workers of the total 7.4 million second pillar membership had opted out.

The new ordinance has also capped the fees levied by both Romania’s Financial Supervisory Authority and the state system’s pensions administrator.

It did not, however, reinstate the participation of construction workers, who were arbitrarily removed from the second pillar for 10 years.

According to Mihai Bobocea, adviser to the board and spokesman for APAPR, this measure affects some 250,000 workers, with total annual contributions of €100m.

However, statements from the government indicate that it intends to continue making positive amendments to the system.

Earlier this year finance minister Florin Citu promised that the contribution rate would increase to 5% in 2021, and subsequently to 6% as specified in the original second pillar pensions law.

Bobocea told IPE that APAPR “welcomed the changes adopted by the current government through GEO 1/2020 regarding the functioning of the mandatory second pillar for private pension provision”.

“We deem the legal solutions identified and adopted by the new cabinet to be fair, sound and reasonable, and meant to restore the balance between the legitimate interests of all stakeholders: the 7.4 million pension plan members, the pension companies managing these funds and, through its institutions, the Romanian state,” he said.