The Dutch pension fund of Shell (SSPF) has chosen four Sustainable Development Goals (SDGs) as the focus of its ESG policy, including SDG 13 (climate action) and SDG7 (affordable and clean energy).

The latter SDG is the fund’s members’ favourite, according to the pension fund’s annual report. “This SDG is seen as most attractive and applicable to Shell [by members],” it states.

The other two SDGs that have been selected are gender equality and sustainable cities & communities. It is not clear why SSPF chose these additional SDGs and the fund declined to elaborate on the decision.

Last week a Dutch court ruled that Shell will have to accelerate its efforts to reduce carbon emissions in order to stop climate change. The emphasis SSPF will place on climate action and renewable energy does not mean it supports the court ruling. To the contrary: a spokesperson for the fund told IPE it finds the ruling “disappointing”.

She added: “It’s now still too early to tell what the implication of the verdict will be for SSPF.”

The €31bn pension fund aims to reduce the CO2 emissions associated with 40% of its equity portfolio by 10%, a goal it announced last year. Other large company pension schemes in the Netherlands, such as ABN Amro and KPN, appear to have more ambitious CO2 reduction targets. The ABN Amro scheme, for example, aims to reduce its emissions by as much as 50%.

The fund’s accountability body, a delegation of the pension fund’s members, is critical of the new ESG policy because of a lack of a plan on how to implement the SDGs in the fund’s investment portfolio. The SDGs were already selected in 2019 by the fund’s board, after which a survey was sent to members for approval.

SSPF said it “takes to heart” the accountability body’s request to provide more clarity on the portfolio implementation. It said it wanted to integrate the four sustainability themes it had selected in its due diligence and manager selection policies, but it did not specify this further.

The fund did not answer a question from IPE about how and when it will implement the SDGs in the investment portfolio.

For now, the SDGs have been implemented in the fund’s engagement policy. They were included last year in the engagement plan of Federated Hermes EOS, which engages with investee companies on behalf of SSPF.

The accountability body is also critical about administrative and asset management costs at SSPF and criticised the lack of concrete targets in this area. The body also called last year’s investment returns “disappointing” as these were insufficient to meet the fund’s indexation ambition (see box).

Administrative costs rose steeply in 2020, by €22 per member to €282. The cost hike is blamed on a decrease in member numbers (-3%) and an increase in investment in communication with members.

“In March, we published a special coronavirus page on our website about the impact of the coronavirus on pensions. This was a member-centred approach that was praised by [trade publication] Pensioen Pro.” 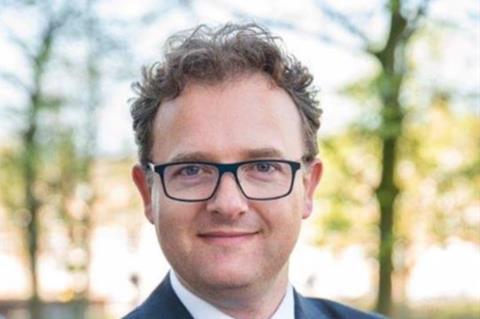 “Hedge funds were the shining star of our portfolio last year,” said the fund’s CIO Arnold Gast. “There is often discussion whether or not they are useful, but in 2020 hedge funds contributed a great deal to the stability and return of the pension fund.”

SSPF’s total return, at 4.5%, was 0.2 percentage points higher than the benchmark. The only asset class to record a negative return was real estate, at -4.7%.