The Queen’s Speech – which set out the UK government’s legislative agenda for the next parliamentary year and delivered by His Royal Highness, the Prince of Wales, Prince Charles this week – failed to mention the new Pensions Bill and plans to enhance workplace pension saving as identified by the 2017 Automatic Enrolment Review.

It also lacked a commitment to a clear timetable for the reform of actuarial regulation.

Nigel Peaple, director of policy and advocacy at the Pensions and Lifetime Savings Association (PLSA), said that given the “short-term challenges faced by the country, especially the cost of living crisis, it is understandable” that the government did not announce measures to enhance workplace pension saving.

The 2017 Automatic Enrolment Review concluded that workplace pension saving should be marginally increased by introducing saving from the first pound of salary and extending auto-enrolment so that it covers 18- to 21-year-olds.

“The government has committed to introduce these measures from the “mid-2020s” and, as employers need time to prepare, it would be good to put this on the statute book now with a gradual and clear timetable for the introduction of the measures,” Peaple said.

“The PLSA believes that it would also be desirable for automatic pension saving to be increased further, but not before the end of this decade, and for automatic enrolment pensions to be “levelled up” so that employers pay the same as employees,” he noted.

Louise Pryor, president at the Institute and Faculty of Actuaries (IFoA), was “disappointed” that the government had not committed to a clear timetable for the reform of actuarial regulation in the Queen’s Speech. 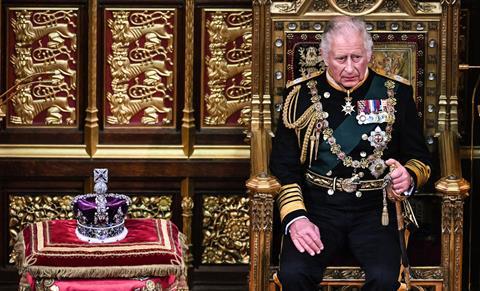 “However, we are hopeful the proposed draft legislation will be published shortly. This will, at least, keep progress moving on reforms to the Financial Reporting Council and actuarial regulation,” she said, adding that actuaries “are essential to a well-functioning financial system”.

However, the Speech did mention the Financial Services and Markets Bill which will revoke EU regulation on financial services and replace it with one designed for the UK.

This will include reforming Solvency II which is already the subject of an ongoing consultation.

Helen Morrissey, senior pensions and retirement analyst at Hargreaves Lansdown, said: “Solvency II reform is already subject to an ongoing consultation and the inclusion of a Financial Services and Markets Bill […] adds further momentum by aiming to revoke EU regulation governing the industry in favour of a more UK-specific approach.”

She noted that the ongoing government review said reform could result in a material release of as much as 10-15% of the capital currently held by life insurers unlocking potential to invest billions of pounds in long-term assets.

“Such change could lead to a bounce in incomes which have already been on the rise in recent months as interest rates increase,” she said.

The health of UK defined benefit (DB) pension schemes has continued to climb in the first quarter of 2022, reaching a new high as of 31 March 2022, according to data published by Legal & General Investment Management (LGIM).

This is despite the current economic backdrop of increasing inflationary pressures on global markets, the asset manager claimed.

LGIM’s DB Health Tracker found that a typical DB scheme can expect to fund 98.5% of accrued pension benefits as of 31 March 2022, which equates to a rise of 0.1 percentage points from the 98.4% recorded three months before on 31 December 20212. It is the highest figure on record since LGIM began tracking the data in 2018, it said.

The health of UK DB pension funds has been gradually improving since March 2020, when it had dropped as low as 91.4% because of the immediate impact of the pandemic on financial markets, LGIM stated.

John Southall, head of solutions research at LGIM, said: “The first quarter of 2022 saw a substantial rise in both long-term nominal interest rates and expected inflation, but with relatively little movement in long-term real interest rates.

“As our typical pension scheme has underhedged fixed liabilities this was a net benefit. However, this was partially offset by relatively poor performance of growth assets.”

“The fact that the measure means it is impossible for schemes to be more than 100% healthy makes large increases in EPBM challenging. However, it is encouraging to see the security of members’ benefits continue to improve,” he added.

While these figures demonstrate a continued improvement in the health of UK DB schemes, Southall said that the months ahead remain crucial for both pension funds and other investors as higher inflation and tighter monetary policy can be seen.

Consultancy Buck has launched Echelon+, an inclusive approach to defined benefit (DB) pensions governance to help protect trustees and sponsors from increasing complexity, enabling them to achieve their long-term objectives with additional certainty.

Delivered through a single fixed annual management charge model, providing exceptional certainty and value, Echelon+ brings together Buck’s trustee consulting, administration, and technology services, combining the flexibility and independence of a traditional approach with the efficiencies of a master trust, the firm announced.

The new solution was developed in consultation with independent trustees and is aimed at schemes looking for prompt decision-making and fee certainty, whilst retaining overall control and enhancing the member experience.

Centralised governance, working alongside bespoke journey planning – including all aspects of funding, investment, data, and GMP equalisation – enables trustees and sponsors to take advantage of economies of scale, whilst retaining control of the future strategic direction of their scheme, the firm said.

David Piltz, UK managing director at Buck, said: “There’s been a real focus on consolidation and improving efficiencies in the defined benefit pensions market, especially among smaller and medium-sized schemes, to deal with the growing time and cost pressures of complying with increasing legislation, governance, and journey planning requirements.”

He noted that there is “a real opportunity in the market” to offer a service to trustees and sponsors that provides the benefits, efficiencies, and certainty of consolidation, whilst allowing them to retain control of the key decisions impacting the long-term future of their scheme.

Echelon+ is powered by Stride, Buck’s online funding and risk monitoring tool. The newly enhanced version includes a real-time dashboard with access to information on plan governance issues across funding, investment, pensions administration, and progress made against strategic funding and investment objectives.