Unfunded pension liabilities as the key to ageing, climate challenges?

“If I visualise Greta, in 20-30 years’ time… today’s millennial generation and Generation Z have the challenge of paying into the existing pension structure, paying additional debt, and the challenge that the climate’s really looking pretty bad by then, so it’s really unworkable unless it’s all joined up today.”

Simon Daniel, CEO and co-founder of smart battery company Moixa and self-described innovator, has an idea for how pensions could be the key to delivering on the Paris climate accord. But his “net-zero pensions” idea isn’t to be confused with the drive among, and for, pension funds to align investment portfolios with the Paris Agreement, because Daniel has his eye not on pension assets but on the UK’s unfunded pension obligations.

These, he argues, could be redirected into net-zero carbon emission services, like energy or mobility, with the government then able to invest and allocate the future cashflow commitment today to fund debt to build low carbon infrastructure.

The state could then become a dominant purchaser of the greener energy and deliver it back to future pensioners in the form of energy as a service.

In other words, his idea links the twin challenges of ageing populations and funding net-zero delivery by 2050.

“This new net-zero doctrine can be a centrepiece of COP26 and a platform for UK leadership,” says Daniel. “It radically rethinks how we meet our obligations to pensioners as societies age, while also delivering climate recovery for future generations.”

He adds: “We must build, serve and create jobs for a low carbon tomorrow, as a social imperative today. The UK can provide a blueprint for the new US government and the EU to address fundamental social issues while delivering COVID recovery, ultimately enabling the world to deliver on the Paris Accord.”

Data points informing Daniel’s thinking include the amount of money required to achieve the low carbon energy transition, current UK debt levels, projections for ageing societies, and the proportion of the UK’s £8trn pension liability spent on paying for energy and transport costs through retirement (over one-seventh, he says).

Debt must be created to fund investment for net-zero and recovery from the coronavirus pandemic, Daniel says, but it must be minimised “to avoid saturating the tax-payer and the next generation with additional tax and debt repayments”.

How it would work

In terms of how Daniel’s net-zero pensions would become reality, he says he envisages a number of stages, or a sort of domino effect.

It would first find application in private pensions, then among corporate defined benefit (DB) schemes before moving to the level of public DB promises and then more broadly into state pensions.

“The UK should enable an opt-in to net zero services by encouraging a regular deduction from state pensions, and allow DB scheme members to also make this choice,” writes Daniel in a paper about his idea, entitled ‘The social responsibility of nations is to reduce debt’.

“This swap should be emphasised in terms of its moral, economic and social benefits, particularly on the wider debt and climate debt impact. It may even be prudent to mandate it or, together with private and defined benefit scheme reliefs, require it in order to retain any triple lock mechanism on wider pension income paid as cash.”

He emphasises the swap as an opt-in, however. At a corporate DB level, Daniel says enabling future pensioners to allocate part of their pension into net-zero energy and mobility services could reduce funding shortfalls. 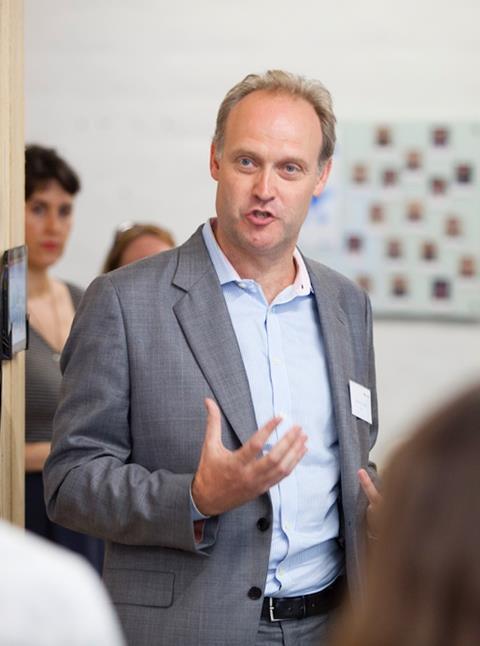 “Given the £280bn missing across UK FTSE and PPF 7800 companies, there is a major opportunity for pension legislation to help schemes enable a partial opt-in to net-zero pension delivery for energy and then mobility services,” he writes in his paper.

The entrepreneur adds that government policies could encourage tax relief and favourable credits where employers use assets and capabilities for internal scheme shortfalls by providing net-zero services to former employees, instead of topping up funding from profits.

Daniel’s “net-zero pensions” resuscitates an idea that he was promoting in 2014, in connection with George Osborne’s freedom and choice reform that gave individuals aged 55 and over the freedom to access their defined contribution savings as they wish.

With David Cameron, Daniel went to the Northern Future Forum, an annual informal meeting of prime ministers, business leaders and others from nine eastern European and Nordic countries plus the UK, to present the idea of ‘energy pensions’ – pensions that pay energy bills retirement and fund energy efficiency and term purchase of low carbon energy supply.

“It’s sort of sitting been in the background, but with net-zero being legislated and the growing debt and COVID I decided to look at it again,” says Daniel. “I see this as a policy initiative to foster a debate on whether the net-zero pension approach can address the funding challenge.”

He says he wants to throw the idea into the mix “for the brains of the industry who are thinking about how to move the world forward through COP26 as a focus point”.

He adds: “I’m not an economist, I’m a scientist and an innovator. I have had an opportunity to talk to some experts in industry who think it’s a very good example of lateral thinking, but there are also sceptics.”

Daniel’s take on that is to say that before lockdown, people wouldn’t have said what is happening today would be possible.

“The world is going through a very significant transition,” he says.

“I think now is a better time to look at a once-in-a-generation change in the system to try to have a fiscal strategy to reduce the long-term liability of nations.”

Daniel’s paper can be found here.