The Sydney-based First State Super announced this week that it is seeking to merge with another state-based fund, WA Super, making it one of Australia’s top three super funds, with combined assets under management of more than A$130bn (€76.3bn).

“This merger will assist in continuing to build size and scale for the benefit of our members,” she said.

“These benefits include access to a more diverse pool of global investments and lower fees for members, not just investment fees but administration and trustee fees, which will ultimately deliver a better outcome to our members.”

WA Super said the two entities had “a lot in common”. WA Super has 55,000 members with A$4bn in funds under management.

“First State Super and its financial advice business have had operations based in Perth for several years, and currently provide superannuation services and advice to nearly 8,000 members and clients in Western Australia.” 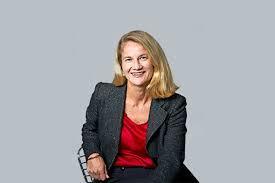 The Perth-based fund said its members would be better off in the long term as they would share in the benefits of a fund with greater scale and broader investment opportunities that delivered strong, sustainable investment returns.

WA Super described the current discussions as “exploratory only”, but said the funds would enter due diligence, with the process expected to be completed by the middle of this year.

In December, First State Super and VicSuper confirmed that they would merge from 1 July, 2020 to create a fund managing more than A$125bn in super savings on behalf of more than 11 million Australians.

The agreement had been reached, they said, following a period of “high-level discussions” and assessments of both businesses, which found there were sufficient potential benefits to members to proceed to due diligence.

The two funds currently manage A$120bn and A$75bn, respectively. Together, they would become Australia’s largest super fund, with A$195bn under management.