However vital the activities of central bankers are to a country’s economy, they tend largely to be limited to the same set of key duties – controlling a country’s money supply, currency and interest rates.

In managing Europe’s largest sovereign wealth fund, Norges Bank – Norway’s central bank – has quite a different sideline from most of its peers, and one that has grown to overshadow traditional central banking.

Concerns that this is a distraction from the job of maintaining monetary stability are at the heart of the reasoning behind a proposal aired earlier this year.

In June, the commission set up to review Norges Bank and the Norwegian monetary system, led by former central bank chairman Svein Gjedrem, proposed that the oil fund, or Government Pension Fund Global (GPFG), should be managed separately from the country’s central bank now that it had expanded to such proportions.

Gjedrem reasoned that both central banking and investment management were placing greater demands on the board, senior management, and the organisation than was the case in earlier years.

Even though Norges Bank Investment Management (NBIM), the arm of the central bank that manages the fund, works separately from Norges Bank, it is housed in the same building and now employs far more staff than the core central bank  – 568 people compared with Norges Bank’s 355 employees at the end of 2016.

The proposed new entity would have a government-appointed board, and its investment mandate would continue to be laid out by the Ministry of Finance, with parliamentary approval still required for important changes to that mandate, according to the plan outlined by the commission.

Gjedrem cautioned that the proposed separation should be carried out “in a sound manner”, and should not affect the framework for the fund in any other way.

Norway’s oil fund is finally moving towards shedding its vast holdings in oil and gas stocks – of just over NOK300bn (€31bn) – after its manager formally recommended the change in mid-November.

In a letter to the Finance Ministry, Øystein Olsen, chairman of Norges Bank, and Yngve Slyngstad, chief executive of Norges Bank Investment Management (NBIM), advised taking oil and gas equities out of the fund’s benchmark, saying this would reduce the vulnerability of Norway’s overall government wealth to a permanent drop in oil and gas prices.

“It does not reflect any particular view of future movements in oil prices or the profitability or sustainability of the oil and gas sector,” Olsen and Slyngstad wrote.

“Norway has taken action to protect its sovereign wealth fund assets from the consequences of the coming peak in oil demand,” she said.

But Sony Kapoor, managing director of think tank Re-Define and a longstanding critic of the GPFG’s continuing high exposure to oil and gas equities, said the Norges Bank recommendation did not signify any view on the likelihood of a slump in oil and gas prices.

“They are not expressing an opinion that this will happen,” he says. If the divestment does go ahead, which is still uncertain as it first needs government and parliamentary approval, it could prompt a wave of exits from the oil and gas sector by other SWFs.

The commission also warned against dividing the oil fund’s management to several entities, saying that creating competition between government-controlled investment entities was not meaningful.

Karin Thorburn, research chair professor of finance at the Norwegian School of Economics, says it is very hard to say how likely the proposal is to be approved.“There are important arguments speaking both for and against a split,” she says.

Thorburn says the argument in favour of the current investment management structure behind the oil fund has been that it removes NBIM’s management policies from political influences.

“Second, the bank’s somewhat fuzzy internal controls tend to complicate the direct influence over fund policy by the fund’s designated owner, the Ministry of Finance,” she says.

The Gjedrem committee’s suggested solution to these two problems is to re-incorporate NBIM outside of the central bank, she says.

“This means creating a board of directors with the sole duty of overseeing NBIM’s operations, and that these are consistent with the owner’s directives,” Thorburn says, adding that she agrees with this recommendation. “The counterargument to this proposal is that it may expose the fund to demand from Norway’s domestic financial industry for greater influence over the fund’s investments. 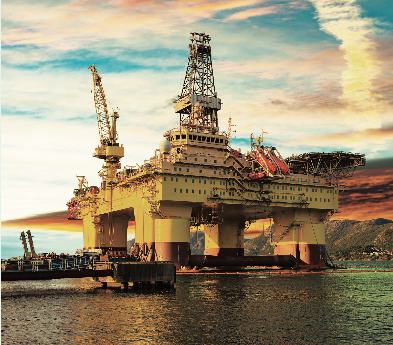 “While this demand is there, of course, it can, in my mind, be handled by the Treasury Department by maintaining a strong and active ownership policy, which includes giving clear instructions to NBIM’s new board of directors,” she says.

Knut Anton Mork, the professor at the Norwegian University of Science and Technology (NTNU) who led a 2016 review into the fund’s exposure to listed stocks and considered different equity allocations, backs the idea of splitting NBIM and the central bank. “The double role that Norges Bank’s board has today, in controlling monetary policy and acting as the board for Norges Bank Investment Management, is particularly demanding on resources, especially for the external members,” he says in response to the consultation.

Even though the current organisation has functioned well in normal times, there was reason to fear it would not have the capacity needed in a possible crisis situation which could require particular attention to both monetary policy and investment management, he says.

Mork also says it was important that any new investment management organisation was required to have the same level of openness as was the case with the current one, and that its strategy continued to be set by popularly-elected authorities.

Espen Henriksen, associate professor of financial economics at BI Norwegian Business School, points out that the proposal has not come from the Norwegian government, but rather from an independent committee – and its recommendations will not necessarily be followed by the government.

He says it is unclear whether splitting the fund’s management from the centre bank would affect its efficiency.

“The committee does not provide an economic or financial rationale for establishing a separate institution so we don’t know what the new institution will be – or even why it should be established,” he says.

Henriksen identifies four main reasons why the fund has been an economic success: value added through risk reduction of national wealth; compensation for carrying global systematic risk; economies of scale and low costs ; and democratic anchoring.

“Norges Bank has implemented the benchmark index given by the Ministry of Finance in a skilful and effective way,” he says. “It is unclear how and why we should believe that a new, independent institution would do this even better and even more efficiently.”

Based on the arguments presented so far, it was not worth separating the two entities, he says.

“The Gjedrem committee has not provided any economic or financial rationale for an independent management institution outside Norges Bank,” he says.

“The double role that Norges Bank’s board has today, in controlling monetary policy and acting as the board for Norges Bank Investment Management, is particularly demanding on resources”

Meanwhile, Ida Kreutzer, chief executive of the Norwegian financial industry association Finans Norge has warned against changing management of the oil fund. He says the committee itself has said the biggest risk associated with changing investment managers is that the fund’s model itself could be put into play. “Therefore the threshold for changing managers should be high,” he argues.

“A clear mandate from the owner and Norges Bank’s independence, legitimacy and trust has provided stable and predictable frameworks essential to the successful management,” Kreutzer says.

Espen Moen and Richard Priestley, professors at Bl Norwegian Business School in the Department of Economics and the Department of Finance, respectively, said in reply to the consultation that the committee was right in pointing out the weakness of the current model – the Board of Norges Bank has too many responsibilities, and the competence needed for the different tasks are too divergent, they said.

For these reasons, a separate board for NBIM could, indeed, improve the governance of the management of the fund, the professors said.

But whether NBIM should remain a division within Norges Bank, but with its own board, or whether it should be separated from Norges Bank altogether was, they said, a different issue.

Even though the board would still be appointed by the Ministry of Finance, Moen and Priestey said they feared the board of an independent NBIM could end up acting in the interest of the management more easily than would be the case when NBIM was part of the central bank.

“This downside risk is in our view substantial,” they said.

“Given the financial and political success of the current strategy, and the risks associated with establishing a separate management organisation, full separation is in our view premature.

“lnstead, to improve the governance of the fund we would like to see efforts to strengthen the principal and the principal’s ability both to control the agent and to further develop the strategic benchmark index,” the academics said.