Bernhard Wiesner died in March aged 62 in a motorbike accident in Mallorca, his chosen retirement refuge.

Wiesner was one of the European pension sector’s most active participants, an important promoter of cross-border pensions and a pioneer in modernising occupational pension systems.

After studying law, Wiesner joined Bosch, the German industrial multinational, in 1985 as an employment lawyer. In 1991, he went on to head the department for company benefit plans. In 2002, Bosch set up the first Pensionsfonds for a German industrial company and Wiesner became its chief executive.

He joined the board of aba, the German occupational pension association, in 2003.

Apart from his roles at Bosch and aba, Wiesner also acted as an employer representative on the committee for occupational pensions of the German employer association, the BDA. 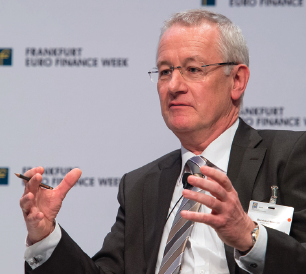 He was the first employer representative on EIOPA’s Occupational Stakeholder Group (OPSG).

On behalf of aba, chairman Heribert Karch issued a condolence note on the “tragic accident” and expressed “deepest sympathy” to Wiesner’s family.

“We are grateful to Bernhard Wiesner’s enormous commitment to the idea of occupational retirement provision,” Karch said.

In 2015, Wiesner announced his retirement after more than a quarter of a century in pensions. While he kept his responsibilities at aba initially, Karch said Wiesner was planning to step down in May this year.

Wiesner was the brains behind restructuring the pension plans at Bosch by making payouts more flexible. He described it to IPE in 2015 as “a modern, high-performance occupational concept.… that can weather future challenges”.

This is viewed as spawning what became the Betriebsrentenstärkungsgesetz, Germany’s proposed pension law, which is set to introduce a form of defined contribution provision to the country.

At the 2016 IPE Awards in Berlin, Wiesner was awarded with the Gold Award for Outstanding Industry Contribution.

One judge commented: “An impressive record and outstanding career, creating a pioneering role for the Bosch scheme in Germany and Europe.”

Wiesner was never shy to discuss his ideas. For IPE, he was an important partner in understanding German pensions, promoting new concepts and cross-border pensions.

In a post-retirement interview with IPE at the end of 2015, he said: “A lot has already been done in Germany to bring occupational pensions up to date but there is still very much to do. I am an optimist and in this role I have contributed my fair share.”