European pension funds are among a $1trn-strong group of institutional investors calling on companies to set greenhouse gas emission targets that will help achieve the goals of the Paris agreement on climate change.

In letters to the companies, investors also asked them for commitments related to renewable electricity, energy efficiency and electric vehicles. The targeted companies ranged from brand names such as Netflix and The Walt Disney Company to utilities and real estate groups.

The letters were the first engagement campaign of The Investor Decarbonisation Initiative, a new effort co-ordinated by ShareAction, a pressure group.

A spokesman for ShareAction said it was designed to complement existing investor initiatives on climate change.

“The Investor Decarbonisation Initiative is part of a second phase of investor engagement moving from the broad agreement for disclosure, to the sharper demand for action and targets that form a Paris-compatible business plan,” he said.

“Collaboration among pension funds and other shareholders can be highly effective and powerful in driving change.”

European pension funds that have joined the initiative include BPL Pensioen, the Environment Agency Pension Fund, ERAFP, Ethos Foundation and 24 of its Swiss pension fund members, and Strathclyde Pension Fund.

Vincent Kaufmann, CEO at Ethos Foundation – an advisory body representing Swiss pension funds – said: “Pension funds, as the guardians of their members’ savings, have an important role to play in the low-carbon transition. One way they can do this is to engage businesses, who are the world’s largest users of energy, to drive a faster transition to cleaner alternatives.

“Collaboration among pension funds and other shareholders can be highly effective and powerful in driving change – investors should continue to engage companies to deliver the ambitions of the Paris agreement.”

In their letters, the investors asked companies to set “science-based” targets, a concept developed by a collaboration of organisations to denote greenhouse gas emission reduction targets that are “in line with the level of decarbonisation required to keep the global temperature increase below 2 degrees Celsius compared to pre-industrial temperatures, as described in the Fifth Assessment Report of the Intergovernmental Panel on Climate Change”.

More than 100 major global corporations have set science-based targets, according to an update today from the Science Based Targets initiative.

PME, the €47bn Dutch pension fund for the metal and electro-technical engineering industry, plans to support a resolution from climate pressure group Follow This at Shell’s annual general meeting.

The resolution – which Shell opposes – calls on the energy giant to raise its climate target and to align its goals with international climate agreements. 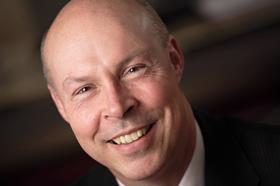 “Although we do appreciate Shell’s announced course to emission reduction, in our opinion the company’s scenario to achieving the goal of the Paris [agreement] is too risky,” said Eric Uijen, chairman of PME’s executive board.

“The climate issue is that important and urgent that we expect Shell and other companies we are invested in to provide clarity about how they really will bring their emissions in line with the international agreements.”

PME highlighted the potential large financial impact of climate change, and said it needed to keep looking ahead for the sake of its participants.

“We want companies to comply with the Paris agreement, as they can’t deliver reasonable returns in a stagnating world economy as a consequence of negative effects of climate change,” the scheme said.

The mission of Follow This is to make Shell cease exploring for oil and gas and to start large-scale investing in sustainable energy.

Last year, PME said it wanted to reduce carbon emissions from its equity holdings by 25% by 2020 relative to 2015. It said that it would try to achieve this goal through engagement with the 10 companies responsible for the bulk of emissions in its portfolio.

Announcing its 2017 corporate governance report, the £983bn (€1.1trn) investor said it had called on companies “to outline the potential impact on their business of a rise in temperatures above two degrees Celsius, the target set in the Paris climate accord”.

This is not necessarily the same as calling on companies to curb their emissions to help achieve the Paris agreement.

LGIM increased its vote against the management of listed companies last year, voting against at least one resolution at 59% of companies, up from 56% in 2016.

In the UK, its top three votes against management were on remuneration, board effectiveness and shareholder rights. It opposed 40% more remuneration resolutions in the UK compared with 2016, and 52% more in the US.