The year before last ended with much frustration among the pensions sector in Ireland with a failure to publish any details of the much-vaunted pensions reform. That changed in 2018. In the middle of one of the worst snowstorms experienced in the country, the Irish government published a Roadmap to Pensions Reform 2018-2023. This gave a comprehensive overview of reform plans for the state pension and the pensions system in general. It had particular focus on defined benefit (DB) schemes, public sector pensions, reform and simplification, and auto-enrolment.

What was more encouraging than previous plans was that the document was signed by the taoiseach (prime minister), the minister for finance and the minister for family affairs and social protection. In addition, all the plans were broken down into specific action points and responsibility for these was allocated to specific government departments, inter-departmental working groups or state agencies. Furthermore, timelines were established for each of the action points.

Resulting from that, four consultation exercises were undertaken during the year, covering the state pension, master trusts, supplementary pensions reform and auto-enrolment.

The consultation on the state pension focused on the qualifying conditions to entitlement to the state pension. The qualifying conditions have led to anomalies where someone who worked, took time out of the workforce and then retuned to work, ended up with a lower pension than someone who worked for a shorter period overall but with no gaps. Typically, this affected women who take time out for rearing children or as carers. To rectify this shortcoming it is planned to move to a total contributions approach and get rid of the averaging requirements.

The next consultation to appear was from the regulator, the Pensions Authority, on master trusts. The authority has been insistent that Ireland has too many small schemes and that these would achieve lower costs and better governance through consolidation. 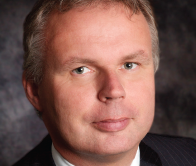 While there is no evidence of any real problems with many of these schemes, there is some logic to the argument. The number of schemes in Ireland is exaggerated by the requirement, for instance, that schemes with one member are required to register and are therefore counted, whereas this not the case in the UK.

Many of these schemes consist of one member who is also the employer and trustee. There are also tax disadvantages to these members of using a contract arrangement and if that was remedied most would be in contracts which might be more appropriate.

In any case, the regulator has made it clear that the additional governance requirements arising from IORP II will mean it will not be feasible for these schemes to continue on a stand-alone basis. The proposals set out in the master trust consultation follow a similar line to the UK regulations.

The focus is to ensure that master trusts have strong governance structures and are sustainable. There is a lot of emphasis on ensuring they have robust business plans and sufficient capital to continue to operate and to cover wind-up costs. However, much of the focus of the consultation is on the trustees, who are the least likely party to be putting up the capital to set up and put the infrastructure for a master trust in place.

While master trusts clearly have a role to play it is also important that there is a place for stand-alone schemes. Many of these are well governed and the trustees and employer can put a design and structure in place that is appropriate for their members and employees.

The consultation on supplementary pensions reform was quite wide-ranging. It covered phasing out some existing contract products and removing anomalies between rules on contributions, payment of benefits and limits that exist between different types of pension provision. It also looked at tax relief and the operation of the defined contribution (DC) drawdown option, the approved retirement fund.

• Everyone aged over 23, under 60 and earning more than €20,000 a year, and not in a pension scheme will have to be enrolled by their employer (an estimated 410,000 people);
• Others (including self-employed) may opt-in;
• Employee will choose the provider. Where they do not choose, a central processing agency (CPA) will allocate a provider;
• The member (rather than the employer) is linked to the provider so they do not need to change provider if they change employer;
• The CPA will tender for up to four providers which will manage the individual accounts, both investing and ongoing administration and communications;
• Charges will be capped at 0.5% (it is not clear how the costs of the CPA will be covered);
• The providers will have a maximum of three funds, including a ‘low-risk’ default;
• Employers will pay the contributions to the CPA;
• Contributions will start at 1% employee, 1% employer and 0.33% from the state, of total earnings, with earnings capped at €70,000;
• Contributions will rise each year until they are 6%, 6% and 2% after six years;
• The state contribution will be a direct payment instead of the current system of marginal tax relief;
• Individuals can only opt out during months seven and eight of membership;
• Benefits will be paid at the state pension age (currently 66, 67 from 2021 and 68 from 2028);
• The system will start in 2022.

In terms of the logic around the design, there has clearly been lots of examination and learning from other systems. Linking the provider to the member rather than the employer ensures a ‘pot-follows-member’ approach and cuts down on multiple accounts and lost accounts. The contribution rate is designed to ensure a certain level of adequacy with 14% of total salary.

Many responses have been cautious on the setting up of the CPA. There is little detail on how this would be done, the estimated costs and timescale. It is quite a lot of infrastructure in an area the state does not currently have any involvement – the operation of DC pension administration. Our concern would be that this could delay the introduction of auto-enrolment when the priority should be to get on with it as quickly as possible.

It is expected that a decision on the structure and design will be made in the first half of 2019. While there was a lot of focus on policy, the existing pension sector continues to work away focusing on both day-to-day and long-term issues.

The size of the sector continued to increase with €147.6bn in assets under management at the end of 2017, according to the IAPF Annual Investment Survey. That is the highest level recorded and a significant increase from €63.5bn at the end of 2008.

Of the total pension assets, €91.2bn were in DB schemes, with the remaining €56.4bn in DC schemes. Disappointingly, the regulations introducing the IORP II Directive have not yet been published so it is difficult for schemes to plan. However, it does feel like significant progress was made in 2018 and this year we need to move to implementation of that reform.